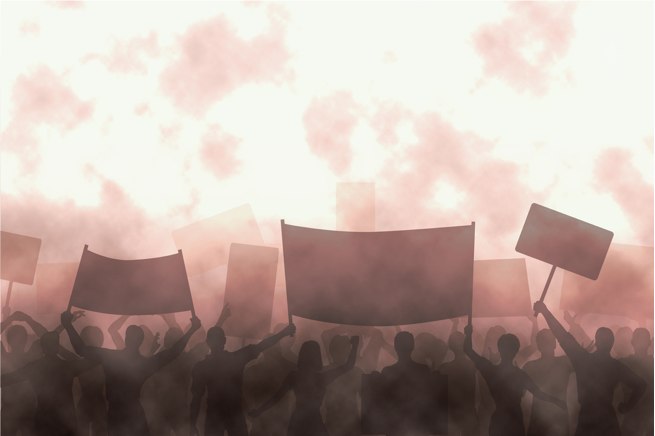 Third-party data on last night’s presidential debate confirms what we already know: Politics can bring out the worst in people.

“A disproportionately large portion of commentary on social media channels in regards to [the debate] was hostile and insulting,” Imperium CEO Mark Risher said in a statement. “With over 7 percent of commentary being categorized as some form of profanity, ‘astroturfing,’ or spam, practically all intelligent debate on social media was unfortunately laced with abuse.”

Impermium, a company that provides social content cleaning services, looked at data from more than 300,000 websites. The startup found that online comments slurring President Barack Obama were three times more pervasive than those insulting his opponent. The most-repeated disparaging names used to refer to the incumbent candidate were: Odumbo, Nobama, Obummer, Odummy, and Bammy.

Republican nominee Mitt Romney wasn’t left unscathed by social criticism. Negative comments about Romney were up 200 percent from the previous debate. The governor was derogatorily referred to as Mittens, Robme, Mitt the Twit, Romnuts, and Myth Romney most often on social channels.

Overall, this foreign policy debate experienced a 22 percent uptick in insulting comments from the town hall forum held last week. What fueled the influx of profanity last night? The obvious, hot-button topics of China, oil, jobs, military, and Iran, according to Impermium’s findings.

On Twitter alone, the greatest volume of conversations, in terms of tweets per minute, happened around Obama’s “horses and bayonets” retort (105,767 TPM), moderator Bob Schieffer’s comment that “I think we all love teachers” (102,339 TPM), and Romney’s talking points on what he called Obama’s “apology tour” (87,040 TPM).

In total, some 6.5 million tweets were posted about the final presidential debate last night, according to the information network.