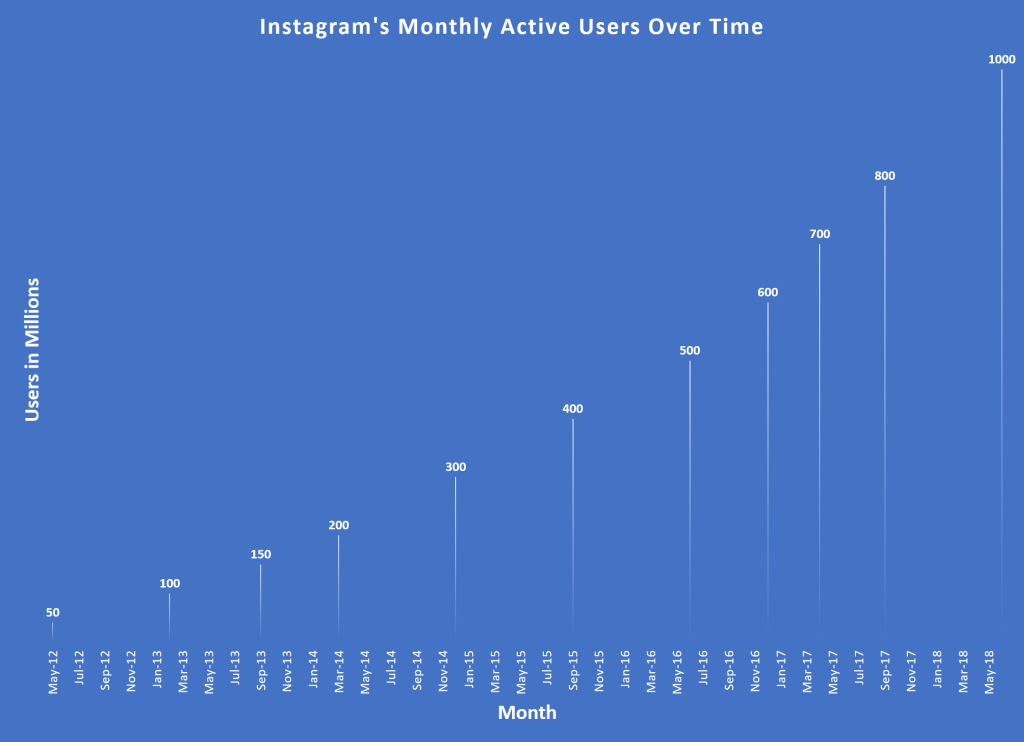 Above: Instagram’s monthly active users over six years, from 50 million to 1 billion.

Here’s another way to set the scene. Instagram was founded in October 2010. It therefore managed to join the 1 billion user club, of which only a handful of services are members, in less than eight years.

Let’s really put that figure into context. The reason I set the above chart to start in May 2012, when Instagram had just 50 million active users, is because Facebook acquired Instagram for $1 billion the month before, the company’s biggest acquisition to date.

That means Facebook has managed to grow Instagram’s userbase 20-fold in six years. The growth also means that while each user was acquired at the time for about $20, the acquisition’s cost per user has now fallen to just $1.

At the time, Instagram was making no money. The startup didn’t have a business model.

Six years ago, it looked like the deal made no financial sense. Today, it looks like a brilliant bet that has not only paid off, but paid dividends. Who wouldn’t want to buy a company for $1 billion to see it grow 20-fold and generate quintuple its purchase price every year?

Facebook’s $19 billion acquisition of WhatsApp is a more complicated story.