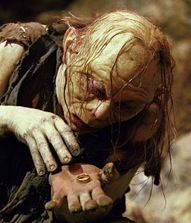 I’ve tested a bunch of iPhone applications by bypassing Apple’s App Store so developers could either get them to me for free or before they’re actually released. The process is kind of a pain. But now Apple has made it slightly easier thanks to promotional codes that developers can use to send out their apps to select people for free, MacRumors reports.

It’s a good idea, but it only solves part of the problem. First of all, Apple is limiting the number of codes developers can give out to 50. That may seem like a lot, but hugely successful apps may have a much higher demand from say, people in the press. (For the record, I buy most of the apps I try — it’s true, I endure incredible hardship for my work…)

While a company like EA may be able to afford buying people iTunes gift certificates so they can try out their apps for free, smaller development houses probably shouldn’t be forced to waste money on that. Instead, these developers may be forced to horde these 50 codes for those who they think can really help their app. (On the upside, those 50 invites reset with each new version released.)

Second, this process is only good for apps that have already been accepted into and are generally available in the App Store. Quite a few developers want to give out previews before they go live, and to do that, they must still use the cumbersome process that involves sending your iPhone’s unique ID (its UDID) to the developer and the developer sending you the app to manually install.

Also of note is that these codes apparently only work in the U.S. version of iTunes for the time being.

This is a nice move by Apple, but the system is still far from perfect.