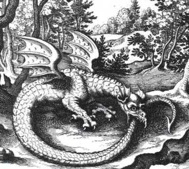 One of the reasons that I really like FriendFeed is that it provides a single place to see and have conversations about updates from multiple services. The service that seems to be the most popular (based on my and other users’ statistics) in terms of updates on FriendFeed is the micro-messaging service Twitter. Now FriendFeed is turning the tables a bit, allowing users to automatically post FriendFeed entries and comments back to Twitter.

A few different settings allow you to chose if you’d like to publish all the entries you post or if you’d like exclude the ones you post in (public) rooms or leave out comments you make on public FriendFeed items. You can also selectively filter to post only certain service updates.

FriendFeed has had a “reply-to-Twitter” feature in place for a while now that allows you to send a comment on a FriendFeed Twitter item back to Twitter as a reply on that service.

With this update, FriendFeed wisely decided not to allow you to repost Twitter updates that are in your FriendFeed stream — that may have broken the space time continuum. Still, if people start posting to Twitter every time they leave a comment on a FriendFeed item, I think I might go insane.

Certainly, if that happens, Qwitter will be working in overdrive to keep track of all the Twitter users I’ve stopped following.

While I’d guess that FriendFeed has added this feature to help transform its image from a social information aggregator to more of a unique content and conversation hub, it also kind of seems like a bit of a traffic play. After all, Twitter gets significantly more traffic than FriendFeed, and with many of the FriendFeed users posting a large amount of links to Twitter, it’ll drive more traffic to FriendFeed.

I think this feature also officially begins the countdown until we have a web startup that is an aggregator for aggregators.

Update: As commenter AramZS points out, you can in fact repost Twitter entries from FriendFeed to Twitter if you manually select which services to include. The infinite loop…

And the following picture is a perfect example of why posting from FriendFeed to Twitter is a bad idea. (These are all individual pictures uploaded to Flickr and aggregated by FriendFeed. With the new posting to Twitter option, each one gets its own Twitter message, leading to one person dominating my Twitter stream.) 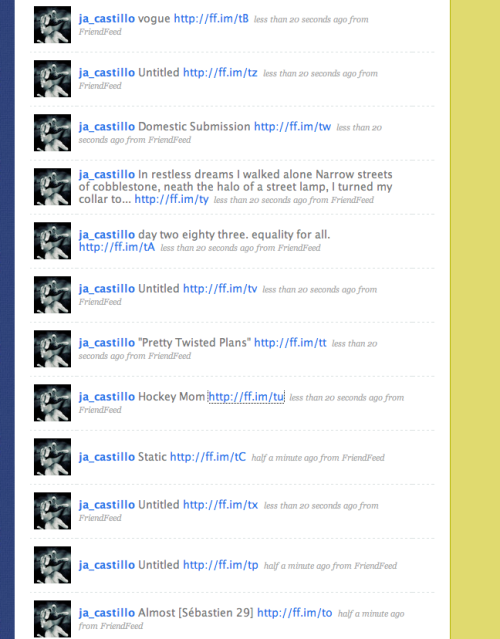 Update 2: FriendFeed co-founder Bret Taylor says the above example is a bug — that individual pictures should not send out separate tweets (Twitter messages), but rather the who grouped upload of the picture should send one tweet.

Still, I’m concerned that I’m going to have to stop following certain people who use FriendFeed a lot on Twitter if they turn this feature on.