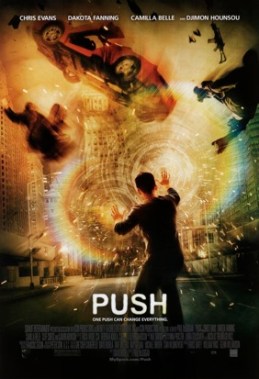 At last year’s Worldwide Developer’s Conference (WWDC) where Apple showed off the iPhone 3G and the App Store for the first time, the company noted that third-party applications would not be able to run in the background on the iPhone, but said that a solution for that would be coming. That solution, called Push Notification, was due to launch in September, just a few months after the iPhone 3G and App Store’s July launch — but that never happened.

The detailed reasons why remain a mystery, but the official vague word out of Apple has been that it just wasn’t ready yet. The problem is that it’s now just about February, some five months after the planned launch, and some are calling the whole “yet” part into question. I asked Apple about the Push Notification system a few months ago, and I was told that it was still being worked on, and that Apple wanted to make sure it got the function just right. My attempts to follow-up on that in subsequent months have gone unanswered.

It’s getting to the point where’s it’s not unreasonable to wonder if Push Notification will ever be ready, as Macworld does today while giving a good rundown of what might be wrong.

I’ve been tentatively excited about Push Notification since its announcement. I say that because while I’d like to give Apple a shot to see what it can do with them, I didn’t think it would go far enough towards eliminating the need for apps to run in the background. That’s one reason why I’ve been predicting that, one way or another, Apple is going to start enabling select background privileges to certain apps this year. I have heard whispers along those lines, but I’m mostly basing that on the fact that it makes sense.

Applications such as Internet radio services like Pandora and location-based social networking services like Loopt really need to be able to run in the background to live up to their full potential. Push Notification may help Loopt a bit, but it wouldn’t help Pandora at all.

And as Macworld points out, just imagine getting pinged with a message pop-up every time someone IMed you on an instant messaging application — it would get annoying, fast. For a growing number of apps, Push Notification simply does not seem like a viable solution to the background problem. 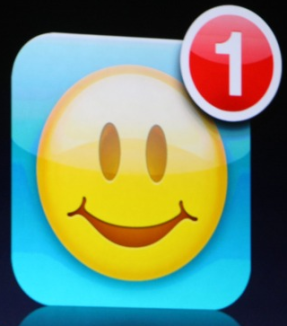 But there’s a definite downside for Apple in simply turning on background tasks for all applications. While some have noted the potential security risks, the real risk is on battery life, something that Apple gets a bad rap for with the iPhone time and time again. Battery technology simply has not been able to keep up with the rest of tech innovation, and so enabling features like background applications on a device like the iPhone, while cool, would severely cripple the phone’s battery life. Don’t believe me? Try using a G1, the first Google Android phone, which does allow third-party apps to run in the background. The battery life is simply awful.

And you can bet that the same people who are clamoring for applications to run in the background would start chastising Apple for poor battery performance.

So it’s a tricky situation for Apple, but one it really does need to solve sooner rather than later. While Macworld notes that most people who have an iPhone don’t care about background tasks, they will start caring when they see their friends’ Android and Palm Pre phones with that functionality.

You can be sure that for its next hardware update, Apple is probably trying to get the most battery life possible out of the current technology, but while it was able to do that in the new 17-inch MacBook Pro by making the battery non-removable, allowing it to be much bigger, the battery in the iPhone is already non-removable. So unless Apple is willing to make a thicker iPhone, a jump in battery life is going to need to come by way of some sort of new technology. And lower-power chips will only improve it so much.

The question in my mind is, will Apple go with limited background tasks for certain third-party applications, or will it go with Push Notication first as a sort of hold-over until it can improve the iPhone’s battery? I keep seeing previews for a new movie called Push coming out in a couple of weeks, and I’d bet that we’ll see it released on DVD before Apple launches its own version of “Push.”