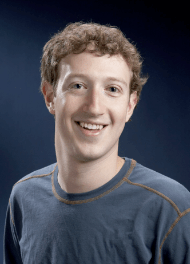 Facebook has just hired a new COO, Sheryl Sandberg of Google (our coverage). So I talked with Facebook chief executive Mark Zuckerberg today, to get some more context on her hire and how it fits in with the company’s larger plans.

In the Q&A below, Zuckerberg says he plans to continue on as CEO — indefinitely. He also says the company’s monetization efforts are going well, and that its platform will evolve to further help developers use Facebook data on other sites.

VentureBeat: What is your role going to be now that you’ve hired a chief operating officer with wide-sweeping responsibilities?

Mark Zuckerberg: It’s a full-time job to lead the company and make sure that we’re moving in the right direction. All of the different parts of the company are growing quickly — on the product side, on the business side — having Sheryl on board will allow us to scale.

VB: Some people are speculating that investors will want you to step down from your CEO role, when you guys go public within the next couple of years.
MZ: I’m planning to stay on as CEO, and we’ll continue building out a strong management team. The theory on this: A lot of companies have a partnership where the founder runs strategy and another executive focuses on scaling business operations. In some companies, the founder doesn’t have a CEO title but is essentially still running the company. We think the most honest thing is to have the guy running the company [in this case, Zuckerberg] be the CEO. If people are uncomfortable with that, then that’s an issue they should work out [Note: Zuckerberg said this phrase matter-of-factly, not insultingly].
VB: How are your monetization efforts going? How about Beacon, how about your other “social ads” experiments?

MZ: Social Ads are doing pretty well by all metrics, although we don’t talk about specifics because we’re a private company. We’re scaling these efforts — and Sheryl [Sandberg] is in a great position to help us continue to build our advertising base. We’re happy with how we’re doing in terms of number of advertisers, and revenue.
VB: Many application developers are upset about Facebook’s recent platform rule changes, and are looking at spending more time building applications for MySpace and other rivals. How do you see Facebook’s platform evolving?

MZ: Our developer community has never been larger — we have more than 300,000 third-party developers now. I wouldn’t say that developers aren’t finding value here.

The trend in platforms is that they aren’t going to be focused on any single site, such as www.facebook.com. We’ll be focusing on improving the platform to help developers build applications that live on other web sites, so people can use the connections they have to communicate more efficiently. An increasing number of Facebook applications live outside of Facebook.com

VB: Facebook has recently joined DataPortability.org, a working group among web companies, that intends to develop common standards so users can access their data across sites. Is Facebook going to let users — and other companies — take Facebook data completely off Facebook?
MZ: I think that trend is worth watching.