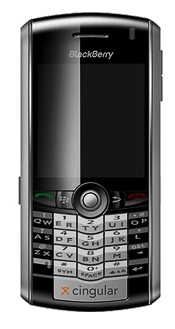 The mobile streaming video service Qik is on a roll. Back in June it added support for certain Windows Mobile devices, in July it added more phones and launched its public beta, in August, Netscape and Ning founder Marc Andreessen joined its board of advisors. Now it’s time to add another phone to greatly broaden its support again: BlackBerry.

The BlackBerry, made by Research In Motion (RIM), has long been one of the most popular smartphones in the world. Now, the millions of users running its 4.5 operating system and above on the BlackBerry Pearl 8120, the Pearl 8130 and the BlackBerry Bold. Will get to stream video live to the web. (Qik says support the newer BlackBerry Curve and BlackBerry Pearl Flip 8220 will be along shortly.)

Of course, there are two hot devices that the service isn’t available on yet: The Apple iPhone and the G1 (T-Mobile’s Google Android-based phone). The G1 was just launched a few days ago, and only has some 60+ applications that users can download in the Android Market right now. More will come, and you can bet one of those will be Qik.

The iPhone, on the other hand, has been out since the early summer (the new iPhone 3G at least), but the problem with Qik supporting it has been that Apple has not yet allowed apps to use its built-in camera for video capture. Qik co-founder Bhaskar Roy told me a couple months ago that the company had to build a video encoder from scratch to get it to work, since the iPhone doesn’t have one. They did that, and had it working on jailbroken (basically, hacked to run other applications) iPhones.

Now, it appears they have it working on non-jailbroken iPhones, both Digg founder Kevin Rose and blogger Robert Scoble have confirmed that they have seen it in action. There is no word on when the native app will be in Apple’s App Store (or if it’ll even pass Apple’s requirements for inclusion), but when Qik on the iPhone eventually joins Symbian (makers of Nokia phone’s operating systems), Windows Mobile and BlackBerry devices, there are going to be a lot of mobile videos out there — and a lot of messages on the micro-messaging service Twitter reading: “I’m streaming live, come chat!”

Qik has competitors in the live mobile video streaming field including Kyte and Flixwagon. The company’s parent, Visivo Communications raised a $3 million round back in April. Since then, Andreessen and Ben Horowitz have also invested in the company.

Below see a video of Qik running on the iPhone.