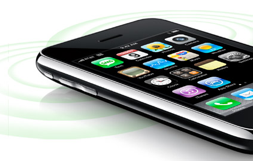 When word started to trickle in that the iPhone 3G would sell for a mere $199, many people simply could not believe it. It seemed too good to be true. Many questioned why Apple would make such a move when the device was already going to sell like crazy at the $399 price point.

Well now we may know. AT&T is reportedly paying Apple $325 for every single iPhone 3G sold.

Perhaps even crazier is that it is paying Apple $425 for each iPhone 3G sold to a new AT&T customer. There are likely to be a lot of those.

This subsidy is thought to be some 50 percent higher than other smart phone manufacturers get for their devices, according to Oppenheimer researcher Yair Reiner.

But let’s also remember: Apple is no longer receiving a cut of each monthly iPhone bill from AT&T. This means that Apple is likely going to make about the same amount of money that it did per iPhone in the last round, only now it’s getting all the cash up-front.

One might think this is meant to protect Apple from the unlocked iPhone epidemic that swept the world this past year, but all indications are that Apple and AT&T are now taking more stringent steps to ensure that no one can buy and use an iPhone without activating it first.

Still, you can be sure enterprising hackers will quickly figure out a way around this. Where there’s a will, there’s always a way.