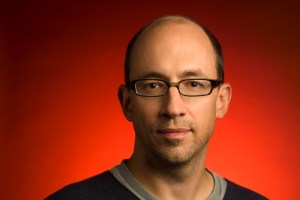 The race between Twitter and RSS readers to be the best personalized source of news just got a little more interesting. Former Feedburner CEO Dick Costolo is joining Twitter as its new chief operations officer starting next week, the company tell us.

Costolo left Google in July, a little more than two years after the search giant bought Feedburner in 2007 for a reported $100 million. After it was acquired, we reported that the RSS management tool was plagued with problems like posts not being picked up (it seemed to fare only a tad better than other ill-fated Google acquisitions like Dodgeball and Jaiku).

“He’s a long time friend of Ev and Biz so he’s a trusted addition to the team,” said Jenna Sampson, a spokesperson for the company.

RSS (or Really Simple Syndication) and Twitter are slightly different ways of customizing a stream of information from many sources. RSS is beneficial if you favor digging deeper into all your news sources while Twitter lets you scan a breadth of sources much more rapidly. There’s been an ongoing debate whether Twitter represents a legitimate threat to reading RSS feeds, so when one of its pioneers jumps ship to the other side, the spectre of RSS death becomes a little more real.