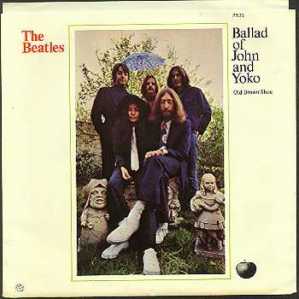 During all the debate about what Apple might announce at its event tomorrow in San Francisco, MediaMemo dashed hopes that the company might fill the most serious gap in its iTunes music store, namely selling the albums of The Beatles. VentureBeat writer Paul Boutin started looking at other possibilities, but it looks like Paul’s speculation may have been beside the point — at least according to Yoko Ono.

The widow of Beatle John Lennon told Sky News that the entire Beatles back catalog will be available for sale on iTunes. (The delay was caused by a dispute between Apple the tech company and Apple the firm that controls the rights to The Beatles’ music; the dispute was settled in 2007.) The story has been pulled down, presumably because it was published prematurely, but a site called Pocket-lint spotted the headline.

If this is true, it’s thrilling news for Apple, the remaining Beatles, and, oh yeah, the one Beatles fan who hasn’t figured out how to copy their CD collection to their computer.