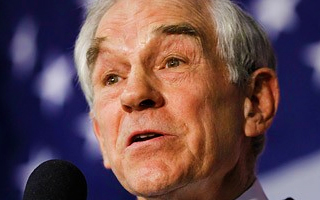 Ron Paul is second only to President Obama when it comes to Facebook popularity.

While some candidates have more Facebook fans and others do more one-on-one chatting in comments, Ron Paul is the candidate with the greatest overall reach.

According to Facebook statistics compiled by analytics service Socialbakers, “viral reach” is the total reach for each candidate’s “likes” and comments multiplied by the average number of Facebook Page “likes” per candidate to provide a comparable number.

And according to the stats generated for each political candidate, Ron Paul is the most popular Republican candidate.

Paul is followed in viral reach by Mitt Romney and Rick Perry. Paul also leads the candidates for the right with 59,554 instances of people talking about him on Facebook over the past week. In this stat, Paul was second only to President Obama.

Also, Paul increased his engagement rate by 69 percent, the highest overall increase of all the candidates. He was followed by Perry and Newt Gingrich, who showed a 58 percent increase and 57 percent increase respectively.

Paul also leads the Republican candidates in percentage of total interactions, capturing 19 percent — a figure twice as high as Romney’s and three times as high as Perry’s.

For person-to-person interactions, Michele Bachmann leads the pack, followed by Paul and Jon Huntsman. Obama has the most “likes” on his Facebook page — 24 million, to be exact — followed by Romney at 1.3 million, Paul with 672,483 and Bachmann with 460,336.

The first official event of the electoral process, the Iowa caucuses, will take place tomorrow, January 3, 2012. Historically, the caucuses have served as an early indicator of which candidates might win their party’s nomination. However, in 2012, democratic digital sources such as Facebook might be the better augur as far as the will of the people is concerned.