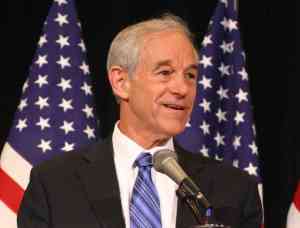 Ron Paul is topping social media scorecards from analysis firms, but does that really have anything to do with the real-world election process?

Generally speaking, we take political polls from the Internet with a grain of salt — but a new report strongly linked to voting intention shows voters, both nationally and in Iowa, favoring Ron Paul in the Republican race.

The first official event of the electoral process, the Iowa caucuses, takes place today, January 3, 2012. Historically, the caucuses have served as an early indicator of which candidates might win their party’s nomination.

Social metrics shop Sociagility says this year’s Republican primary is the first fully social political event of its kind. The company has applied its brand-focused algorithm to front-running political candidates, and it claims that social media isn’t just a sounding board for the lunatic fringe: It’s also strongly tied to how real people intend to vote.

Sociagility co-founder (an WPP advertising veteran) Niall Cook told VentureBeat that his firm went looking for a correlation between what people say online and their real-world actions, a “so what” factor of great importance to brands that spend a lot of money in online advertising.

“It’s pointless having a way to measure social if it doesn’t relate to something people care about,” Cook said.

Noting that correlation and causation are two different things, Cook concluded, “The popular vote for the nomination is going to be won or lost on the most popular social network, Facebook.”

On Facebook, Ron Paul is topping many of the most fundamental metrics. While he has fewer total “likes” on his Facebook Page, Paul’s overall reach makes him the most popular candidate on the most-used social network in the United States.

Here, we can see all the Republican candidates’ PRINT Index scores, as well as a breakdown of each factor in the PRINT Index:

Sociagility’s PRINT Index is an acronym for popularity. receptiveness, interaction, network and trust — factors the company has found to be reliable indicators of actual influence and intention. Here we see that while Paul lags in popularity, he surges in reach and interactions.

While Ron Paul might be winning in the People’s Choice category, let’s not forget that there’s a long road between becoming a party-nominated Republican presidential candidate and where Paul stands now. Without the hard-won support of the Republican party, Paul could end up being the right’s Ralph Nader or Ross Perot — a popular firebrand, but ultimately an election-spoiler.

Still, if Iowa’s caucus falls to Paul, he’s one step closer to that nomination. Only time will tell, but these early social media indicators might be giving us some heavy hints.