The AP tries to set a new standard, doesn’t follow it — The Associated Press wants bloggers to pay it for quoting excerpts of its stories, and is threatening to sue if they don’t. Of course, that position is kind of hard to take when you yourself don’t abide by such standards, as the AP didn’t when it lifted a quote from TechCrunch on the matter for one of its stories. Arrington rightly noted how ridiculous this was and contacted his lawyers about retreiving the $12.50 the AP would owe him under its ridiculous system. The hypocrisy runs deep.

Tesla looking for another $100 million — The electric car maker’s plan is to push production up to 150 cars a month by the end of the year, according to VentureWire. To do this it needs more cash. It will likely get it. Enough said.

One former Yahoo finds a home — While his former colleagues at Yahoo continue to jump ship, Jeremy Zawodny has found a home: Craigslist. No word on his official title, but he will start in July.

An EA bigwig leaves to start his own company — Neil Young, a veteran of the gaming powerhouse Electronic Arts will leave to start an unspecified “new project,” according to Newsweek’s Level Up blog. During his 11 years at EA, Young worked on projects such as the alternate reality game Majestic, The Lord of the Rings: The Two Towers, The Sims 2, Medal of Honor Airborne and Boom Blox (which is perhaps my new favorite game).

FCC gives Sprint more time to give up part of its airwaves — The regulators agreed to push out a deadline for Sprint to vacate a part of the wireless spectrum it controls that the government now wants to use for public safety networks. Sprint will now have until July 1, 2009.

NVIDIA chip to match AMD’s manufacturing process — The Nvidia GeForce 9800 GTX+ is made on a 55-nanometer process, according to CNET. This is the same process that most of AMD’s graphic chips now use, an upgrade from the 65nm process. 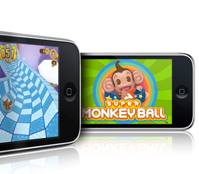 The Japanese love/hate the iPhone — A recent survey indicated that 91 percent of Japanese buyers would not purchase an iPhone. A headline like that makes it sound awful, until you consider, as Silicon Alley Insider does, that even 9 percent of Japan’s market would mean 9.3 million potential new iPhone customers, which is huge when Apple had been shooting for just 10 million worldwide by the end of 2008.

The Huffington Post goes local — The fast-growing web site, The Huffington Post, run by pundit Arianna Huffington, is planning a massive expansion across the U.S. The first of these local versions of the site will be run out of Chicago. Huffington is said to be looking for a third round of funding to support such an expansion.

Fake Beijing earthquake news spreads malware — Botnet operators in China are using fake reports of a 9.0 earthquake to spread malware, according to The Register. Classy.

Netflix shuts down profiles feature — Users will no longer be able to have seperate queues for movies as a result. The system was simply too complicated to maintain, Netflix contends.