Apple can deactivate iPhone apps remotely? — The device can apparently phone home (to Apple), check your applications against a list of unauthorized ones and deactivate them remotely. iPhone Atlas found a URL that appears to contain the banned app list. If this is true, it’s troubling to say the least from a personal privacy perspective. 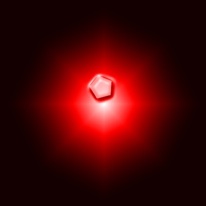 I Am Rich vanishes from the App Store — Speaking of Apple removing iPhone apps, it has removed what has been perhaps its most controversial application so far from the App Store, Cult of Mac points out. Maybe the company read some of the criticism on this site and others, or maybe it just realized that I Am Rich was a $999.99 app that did nothing. It’s still somewhat troubling that Apple can remove apps such as this, NetShare and BoxOffice without any explanation as to why it is doing so.

It also looks like at least one person downloaded I Am Rich by accident and is not happy!

Sierra Wireless Buys Junxion Assets — The deal will allow Sierra to offer backhauling, which could help ease the strain on wireless networks by mobile Internet usage, according to VentureWire.

Apple may finally release new monitors…in 2009 — The current crop of Cinema Displays have been around forever, which is odd for a company that does (product) refreshes quicker than your average monitor. MacWorld 2009 could bring us new ones, according to MacRumors.

Twitter gets profiled in Fortune — The micro-messaging service that we love to write about is getting a lot of mainstream press recently.

Digg gets a slick new Firefox 3 extension — Founder Kevin Rose explains more on the Digg Blog and in the video below.