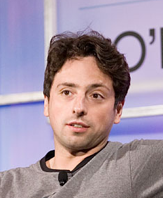 Google’s co-founder Sergey Brin starts his own blog — Dubbed “too“, Brin starts off by detailing his fears of getting Parkinson’s disease since it runs in his family. Compelling stuff. Too bad it’s nearly impossible to read with his choice of light blue text on a black background. CNET has more.

O’Reilly gets serious — Tim O’Reilly, founder of O’Reilly Media, used his keynote address at the Web 2.0 Expo in Las Vegas to call on entrepreneurs and developers to use their skills to make things that matter rather than simulated beer chugging apps for the iPhone. More from Webware.

Joost goes live in the browser — The web-based version of the online streaming video service is working, but also crashing a lot.

Rumor: eBay trying to sell StumbleUpon — The social discovery service, which we detailed here, is apparently up for sale after being bought by the auction giant in 2007, according to TechCrunch.

Ahoy! It’s “Talk Like a Pirate Day“ — And the Internet, as usual, is taking notice. FriendFeed has some small design tweaks. 12seconds is getting into it. But Google Pirate is rrrrguably the best.

EFF dishes out high profile lawsuits — The Electronic Frontier Foundation is suing some people and groups you may have heard of: President Bush, Vice President Cheney and the NSA. This is about illegal wiretaps.

The iPhone development story — A developer who built the app NetAwake, details the whole process from start to finish.

Online CPM-based image ads drop in revenue — Is it really surprising given the current economy? SAI has more. 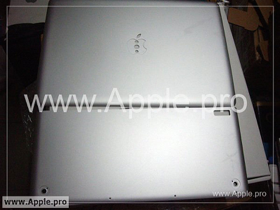 Scrabulous killed in India as well — The board design is okay, but the name has to go. Valleywag has more.

What could be in the new MacBook Pro? — The new laptop is rumored to be coming next month. Computerworld lays out some options for what could be in it, including Blu-ray, SSD (Solid State Drive), and a built-in 3G card.