Flickr founders join exodus from Yahoo — Caterina Fake and Stewart Butterfield, the founders of photo-sharing app Flickr, a $35 million Yahoo acquisition, have added their names to the lengthening list of Yahoo defections. Kara Swisher speculates that a boardroom brawl is underway at the embattled search company. No word on where Fake and Butterfield will head next, although with any luck it’ll be another startup.

Another $3 $1 billion for cleantech — Todd Thompson, the ex-CFO of Citi, is raising a targeted $3 billion (correction: It turns out Thompson is sticking to $1 billion after all, although the move to cleantech is confirmed) for a new cleantech-focused private equity fund, according to a tipster. Thompson was reported to be raising $1 to $2 billion for a new private equity fund last year. Originally slated for other purposes, the fund was flipped over to cleantech and carbon credits. The money will be a welcome capital influx for cleantech, which has rapidly grown to become the third-largest venture investment category.

Microsoft buys TV ad network Navic — As part of its ongoing plan to capture a share of the modern advertising market, Microsoft has snapped up Navic Networks, which makes interactive ads for TV, as well as running its own sales network.

Study predicts 100X growth in solar by 2025 — Solar of all sorts accounts for under 0.1 percent of electricity generation in the United States today, but a study co-authored by Clean Edge and Co-op America predicts that it will rise to around 10 percent by 2025. The price tag: Around $500 billion. Meanwhile, pleasingly-named Texan T. Boone Pickens is still betting on wind, and is lobbying Washington to help out.

Ad startup Zango lays off 68 employees — Zango, historically one of the foremost perpetrators of pesky pop-up ads served up by Trojan ad software, has been forced to lay off about a third of its workforce, according to John Cook at the Seattle PI. The company has actually distanced itself from pop-ups in recent years, which leads one to wonder if they should have stuck with the illicit activities.

Varolii gives up on IPO plans — How many companies have backed out of IPOs this year due to bad market conditions? More than you can count on your fingers, but less than if you included your toes. Varolii, a customer communications software maker in Seattle, has helped come closer to breaking the finger-toe barrier by backing out of its own IPO.

Cadence makes hostile offer for Mentor: Cadence Design Systems made a $1.6 billion offer to buy chip design software and verification firm Mentor Graphics. But Oregon-based Mentor rejected the $16 a share offer as too low. The price was a 30 percent premium over Mentor’s Monday closing price. 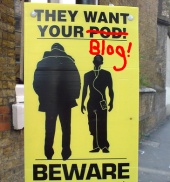 Associated Press starts selling “quotation licenses” — As part of its ongoing face-off with bloggers and small media outlets, the Associated Press has started selling licenses to quote its material. The lowest price: $12.50 for 5-25 words. That’s a pretty clear f— you to the new media establishment, most of which is lucky to make a cent per word of their own. The AP may just be grandstanding, but as Boing Boing points out, if it gets its way it could rewrite the existing landscape of fair usage.