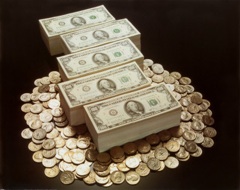 Microsoft offered $40-a-share for Yahoo in 2007 — A Delaware judge unsealed a complaint from a shareholder lawsuit against Yahoo today and in it was the juicy detail of Microsoft’s previous offer from January 2007. $40-a-share is significantly higher than the $31-a-share Microsoft publicly offered during its latest acquisition attempt, which fizzled even after Microsoft was willing to raise the bid as high as $33-a-share.

While to some may believe this shows why Yahoo would turn down Microsoft’s newest offer, remember that Yahoo was a much more powerful company in January 2007, with a stock price near $30 as opposed to the $19-level it was at during this latest bid.

Time Warner Cable to test metering the Internet — The cable company will have a set price for a certain levels of usage, anything beyond that and customers will have to pay on a per-gigabyte basis. This hearkens back to the days of dial-up when AOL would give users a certain number of minutes free per month, and any amount you went over you paid for — dearly. Incidentally it was the rise of services such as cable Internet that brought about the end of that practice. Now cable is reversing its long-held unlimited Internet standard.

The tests will begin with Time Warner Internet Cable subscribers in Beaumont, Texas, according to the AP. This, quite frankly, is ridiculous.

Feedburner to roll out AdSense for feeds — As more and more people start consuming content by way of RSS feeds it is a challenge for site publishers who losing a lot of potential ad revenue because readers don’t need to visit the site. Google, which bought Feedburner last year for $100 million, hopes to change this by placing its AdSense ads in feed items. The program should begin its roll-out this week.

The iPhone lost market share in Q1 — RIM (makers of the Blackberry) and Palm ate into some of the share Apple’s device had managed to gain so quickly over the second half of 2007, according to figures from IDC (reported by CNET). Perhaps this data lends some credibility to the rumor that AT&T and Apple may subsidize the new 3G iPhone all the way down to $199.

Former VC “Boots” Del Biaggio’s legal troubles — Boots (real name: William) resigned from his post at the venture capital firm Sand Hill Ventures, which he co-founded in 1996. Del Biaggio is being accused in a civil lawsuit that he scammed an investment firm out of a $3 million loan. He is also under investigation by the SEC. The Mercury News has his story.

Federated Media loses another publisher — People.com has bought Celebrity Baby Blog, a four-year-old site focused on, get this, celebrities and their babies, according to MediaWeek. The real story here is that this is yet another site leaving the Federated Media ad network. Technology blog Ars Technica recently left after being acquired by Conde Nast and last year social voting site Digg left when it let Microsoft take over its advertisements. [Note: Federated Media runs some of the advertisements on VentureBeat.]