More fallout from the YouTube/Viacom lawsuit — After a judge ruled that Google wouldn’t have to reveal YouTube’s source code but would have to open its user data for all to see, the Electronic Frontier Foundation (EFF) wrote a post condemning the decision as a violation of privacy. Google lawyers are also on the case, according to The Wall Street Journal. The outcry in the blogosphere has been even bigger.

Chicken Little, the SSD-based MacBook Air prices are falling — Apple has quietly shaved $500 off the price of it’s slim MacBook Air drive with a built-in solid state drive (SSD). These are the drives that use flash memory and require no moving parts, allowing them to be more stable and in some cases much quicker. You can now get one for $2,398, according to AppleInsider.

Economic downturn hits Google? — The search giant is closing two of its offices, one in Denver and one in Dallas. Luckily, no Googlers are being laid off, they all have the option to be relocated, according to Google Blogoscoped

Activision-Vivendi Games merger likely to proceed next week — A judge has denied a request to halt the previously announced $18.9 billion deal. July 9 could be the close date, according to GameSpot.

Report: Baidu enters mobile search deal with Nokia — The largest Chinese search engine has a deal in place to pre-load its product onto Nokia phones, according to Forbes. Nokia recently bought the Symbian OS and announced it would open it in an effort to compete with the likes of Google’s upcoming Android platform. Now it has a mobile search partner besides Google as well. 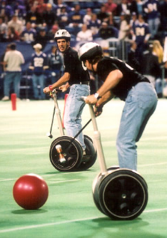 Segway sales rising as gas prices do the same — Remember the Segway? Of course you do. Know anyone who owns one? Probably not. That may change soon as sales are on the rise with many people looking for alternatives to cars, according to USA Today.

Aussies living the tech lifestyle in San Francisco — The San Francisco headquarters of advertising agency Euro RSCG provides startups from Australia with office space, desks, broadband access and a telephone line on the cheap (around $600 a month), according to The Age. The idea is to help Australian companies better serve their American and Canadian customers, which often make up a large percentage of their user base.

Apple developing a whole multi-touch language — A new patent, uncovered by UnwiredView, reveals a wide range of gestures beyond the “pinch” and the “double tap.” The patent is called “gesture learning,” and interestingly it only shows left-handed gestures. A separate report says Apple has filed for 34 different multi-touch patents. 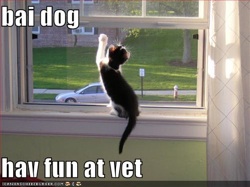