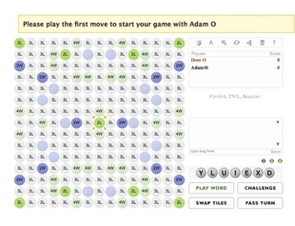 Scrabulous returns as Wordscraper — The popular Facebook application was redesigned and relaunched less than 48 hours after it was taken down due to a potential legal tussle with Scrabble-maker Hasbro.

Dell tests digital music player — The computer maker stopped selling players in 2006 due to disappointing sales, but it has a new offering that could go on sale as early as September.

FBI warns of new Storm worm — The Storm worm is a dangerous botnet, so if you get an email entitled “FBI vs. Facebook,” don’t click on the link.

Mobile-chip maker ARM’s new licensee likely to be Apple — Apple’s acquisition of PA Semi earlier this year makes the deal seem more likely. As an ARM licensee, Apple would be able to tinker with ARM’s architecture and processor cores.

Intel working on third-generation Classmate PC — The latest version of the low-cost laptop, which is aimed at schoolchildren, could be available next month.

Omidyar Network backs nonprofit Endeavor — The VC firm from eBay founded Pierre Omidyar has committed up to $10 million to Endeavor, an organization that supports entrepreneurs focused on emerging markets

Activision Blizzard lets go of Bourne game license — The newly-merged game company dumped the license just a month after the release of the first game based on the popular film franchise.

Are communication companies the new OPEC? — The answer is yes, argues Columbia Prof. Tim Wu, because bandwidth is becoming a precious commodity.

Leading broadband provider offering stake to Western investors — International cable operator Liberty is one of the contenders for a 20 to 25 percent stake in Akado.

Are blogs to blame for Cuil backlash? — The harsh reaction was caused in large part by the tech media’s over-the-top hype of the search engine’s launch, Sarah Lacy says. She makes a strong case, but loses points for not including a Cuil-related pun her headline. (The company’s name is pronounced “cool,” so the comic possibilities are endless.) 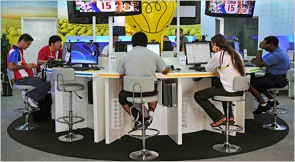 China to limit web access during the Olympic games — Apparently, the ability to access an uncensored version of the Internet wasn’t included in China’s promises to allow the foreign news media to “report freely” on the games.

YouTube’s Steve Grove weighs-in on voice-to-text –Grove offers some interesting examples of how metadata has always been important on Youtube, once you get past his explanation of YouTube’s new text-search feature for political videos (which was already announced).