The Associated Press to blogs: Don’t quote us — The Associated Press has demanded that The Drudge Retort (not to be confused with much more famous Drudge Report) take down several blog posts containing excerpts of AP stories. The objections sound pretty silly — the longest excerpt was 79 words long, and quoting and linking other articles is a popular blogging practice. AP Strategy Director Jim Kennedy’s response that the excerpts were “more reproduction than reference” isn’t particularly persuasive. Kennedy later told the New York Times that the AP’s response was “heavy-handed,” but, strangely, he said the organization isn’t backing down from its initial takedown request. 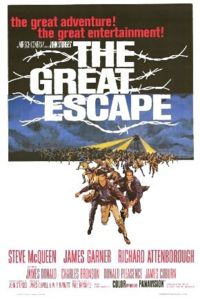 Google reveals escape clause from Yahoo partnership — It looks like Google’s deal with Yahoo, through which Google will serve ads to Yahoo’s search results, is even better for Google than was initially apparent. According to a filing with the federal Securities Exchange Commission, if the partnership ever makes less than $83.3 million in four months for Google, the search giant can terminate the agreement. TechCrunch spotted the filing, and pointed out that it’s a pretty low threshold: Yahoo makes $1.3 billion every three months. Still, here’s another reason to believe that it’s a better deal for Eric Schmidt than for Jerry Yang.

Yahoo exec Weiner joins venture firms as EIR — Speaking of Yahoo, the company has lost another executive. Jeff Weiner, who was most recently in charge of core products like Yahoo.com, Yahoo Mail and Yahoo Messenger, left to be an entrepreneur-in-residence at Accel Partners and Greylock Partners, according to the Los Angeles Times. Weiner follows Andrew Bracchia, another Yahoo executive who left for Accel last year. Google just lost a big name as well: chief litigator Michael Kwan left for the nonprofit Electronic Frontier Foundation.

Google creating new services to fight for net neutrality — The network analysis tools will allow normal users to see if their Internet service providers are abiding by “net neutrality.” In other words, you’ll be able to make sure your ISP is giving you the best connection possible to the entire Internet, not just to websites that pay for better service. A Google policy director mentioned the project during a panel discussion on Friday.

XM/Sirius merger close to a done deal — The merger between the two satellite radio companies has just been recommend for approval by the staff of the Federal Communications Commission, meaning it’s unlikely at this point that the government will stop the deal.

Streamzy lets you search for music videos — Music startup Streamzy, which launched into the crowded online music market just a couple of weeks ago, has added some new features it hopes will set it apart from the competition: It has integrated video searches through YouTube and AOL’s Truveo. One of its competitors, Seeqpod, is already integrated with YouTube, but the ability to stream music performances via Truveo is something none of the other search engines are doing yet. Streamzy also plans to offer music and ringtone purchases shortly and to add playlist-sharing capabilities.

Orgoo to offer webmail service to existing social networks — The startup, previously known for a site that integrates email, instant messaging and SMS text messaging, will try to sell networking sites like Facebook and MySpace a solution that allows users to check their various email accounts through the social network.

[David Adewumi contributed to this article.]