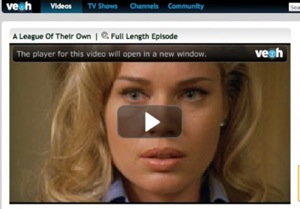 Veoh to get ABC content, kind of — ABC, the television network that has been the slowest and stingiest in making its content available online, has struck a deal with video site Veoh that seems, well, behind-the-times and stingy. Veoh will index ABC’s online content, but since ABC doesn’t allow sites to embed its video player, it looks like you won’t actually watch ABC shows on Veoh; the site will just offer links to ABC’s media player. ABC, in turn, will pay Veoh for the extra traffic it receives. I’m inclined to agree with NewTeeVee’s Liz Gannes, who describes the deal as “a bit silly.”

U.S. venture capital industry is shrinking — Last year, 844 venture firms invested in U.S. companies, according to Dow Jones VentureSource. That’s 40 fewer firms than in 2006, and also represents a 30 percent drop from the bubble days of 2000, when there were 1200 investors.

Congress tells telecom industry that all is forgiven on domestic spying — The U.S. House and Senate have agreed on the wording of the bill that grants immunity to telecom companies that gave away their customers’ private information without receiving a warrant. As Techdirt puts it, the bill essentially gives the companies a “get out of jail free” card, a move that should make the telecom industry happy while infuriating civil liberties advocates.

Dispute between Associated Press and Drudge Retort is “closed” — The AP has released a statement about its dispute with the news blog The Druge Retort saying “both parties consider the matter closed”. The AP faced heavy criticism after asking the Drudge Retort to take down excerpts of AP articles, a move that was particularly hypocritical since the AP doesn’t abide by its own stated standards when quoting other news sources. The AP’s statement doesn’t offer any further details about how the situation has been resolved, or whether the organization’s approach to similar situations will be any different in the future.

Fifty tweets that will live in infamy — InsideCRM has compiled a list of 50 of the most embarrassing comments posted to the social messaging service Twitter. Some of their choices don’t seem terrible enough to qualify for a list dubbed “the Twitter Hall of Shame.” But the range of topics covered — from politics to society to love and family — shows Twitter’s importance and potential for misuse in practically all of modern life. Perhaps the most fascinating item is the series of “tweets” earlier this year from Yahoo’s Ryan Kuder after learning he had been laid off.