Veoh wins in court, YouTube claps — A federal judge ruled that Veoh was not infringing on copyrights by letting its users upload videos to the site. This is an important ruling because it sets a precedent for the similar, but much larger YouTube/Viacom case. You can probably expect an appeal. The LA Times and TechCrunch have more.

Microsoft Internet Explorer 8 Beta 2 released — “While Beta 1 was for developers, we think that anyone who browses or works on the web will enjoy IE8 Beta 2,” claims a post on the IEBlog. There are three themes Microsoft is laying out for IE8: Everyday browsing, safety and the platform. I just hope it’s more web standards compliant than previous versions of IE.

How the iPhone 2.0.2 update fixed (or will fix) the connection issues — It all has to do with power control for the part of the phone that transmits signals. The key take away? “The sooner everybody is running 2.0.2 software the better things will be,” a source tells RoughlyDrafted. Apparently, the network won’t be fully healed until all phones are updated. Now we know why AT&T sent out that text message about upgrading last week. 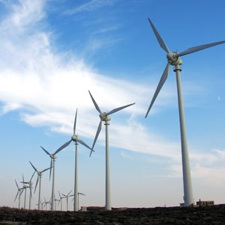 Dell to push low cost PCs for emerging markets — Laptops and desktops in the $400-$500 range will be targeted at areas like China and India, which also happen to be the two most populated countries in the world. The San Jose Mercury News has more.

Artists staying away from iTunes? — Kid Rock decided to have his latest album not be on iTunes. Some are upset with Apple’s insistence of selling single songs rather than whole albums. Could this push Apple towards an “iTunes Unlimited“? The Wall Street Journal has more.

TheWB.com becomes more like Hulu — Unfortunately for the network’s revamped site, “It’s actually a much better experience watching WB programming on Hulu than it is watching it on TheWB.com,” NewTeeVee concludes.

Cells change identity in life-sciences breakthrough — Scientists can turn one kind of cell into another without stem cells. This has lots of implications for the biotech industry. Think of growing new heart tissue after a heart attack or new pancreatic tissue for diabetics. The Associated Press has more. 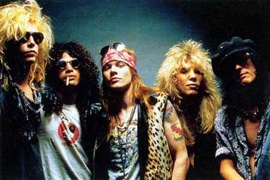 Appetite for destruction? — A man was arrested in Los Angeles for posting unreleased Guns N’ Roses songs on his website. Demand is high since the band hasn’t released a new album in 15 years. The LA Times blog has more.

TiVo keeps losing customers — The popular digital video recorder is losing hundreds of thousands of subscribers each quarter. A deal to find shows to record via Entertainment Weekly recommendations isn’t likely to reverse that trend. More on Wired.