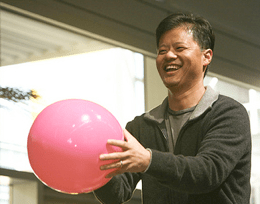 Here’s a rumor (printed below) that we got and which has apparently been making the rounds. It’s important to note that the NYT has since written a story saying that Yahoo has denied the rumor, and that both Yahoo and Microsoft say rumors of a merger deal are also false. Apparently, the Microsoft merger deal first gained credibility when a Bloomberg story mentioned it this morning (link to updated version).

[Update II: I’m told by a very good Yahoo source that the rumors are complete baloney. It’s now 10:15am. We should see the stock drop soon, as Yahoo gets the message out. Yahoo is not talking on the record, however.]

Employees at Yahoo are said to have just received an internal memo, time-stamped at 8:00 PST, to expect a “major & historical announcement” today some time after 2pm PST. Sources are saying that Yahoo chief executive [Jerry] “Yang has agreed to leave his post effective today and that Yahoo is again in late-stage talks to sell the whole company to Microsoft.” The deal is imminent and could be done by tonight, they say. The price being mentioned is $17~$19 per share.

Here’s the big caveat. On the one hand, this rumor is entirely consistent with the latest developments: Jerry Yang has failed entirely in his effort to give direction to Yahoo, and is under increasing pressure from shareholders to either do something or leave, and it’s widely known that Microsoft continues to mull a possible acquistion of Yahoo. However, on the other, there is so much speculation about this company that it could be that traders are trying to manipulate the stock. We’re trying to get more details on this one, and will update when possible.