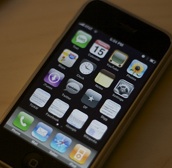 Apple rumors are a tricky subject to broach simply because a lot of the time they are off base. That said, a new one surfacing may shed light on some of the restrictions Apple is placing on the iPhone SDK (our coverage). Digg founder Kevin Rose on his weekly Diggnation show (embedded below) states that the next-generation 3G iPhone will have a major focus on instant messaging — and more intriguing, video chat.

Citing unnamed sources, Rose claims to have heard that the reason Apple may be restricting developers from creating applications on the iPhone that run continuously in the background (our coverage), is that the company does not want anyone to create a competitor for a new iChat application that would be a focal point of the new iPhone. This would not only bring instant messaging to the iPhone, but just as with iChat on current Apple computers, would allow for video chatting over the device as well. Apple would make such a feature work by embedding a camera on the frontside of the iPhone in addition to the one on the backside.

The restriction on applications running in the background has been a major gripe developers have stated with regards to the SDK. Apple right now is claiming it’s more of a security issue, but some are questioning that reasoning.

It should be noted that Kevin Rose has a mixed track record with regards to Apple rumors. Leading up to Apple’s initial iPhone announcement, Rose claimed to have inside sources which described the device to him as having two batteries (one for the phone, one for music) as well as a slide-down keyboard among other things. Much of this turned out to be wrong — however Rose claims the sources on this latest info are different. Rose has also been right in the past describing the device that eventually became the iPod Nano before its release in 2005.

Rose claims this new iPhone will be out in a few months.