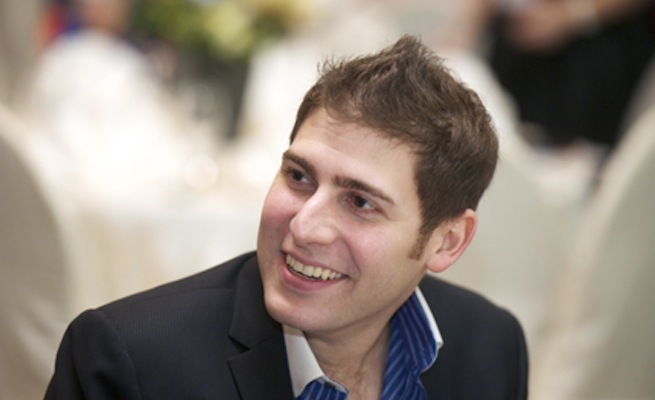 Facebook co-founder Eduardo Saverin is taking quite a bit of heat for renouncing his U.S. citizenship prior to the social network giant’s estimated $100 billion IPO this Friday. And after apparently growing tired of people painting him as greedy, he’s now speaking out.

Saverin told the New York Times today that he filed the paperwork to renounce his citizenship in January 2011, but it wasn’t approved until the following September. The government then reported his renouncement in April as part of a regular process. It just worked out that the announcement happened to coincide with Facebook going public, he said.

“This had nothing to do with taxes,” Saverin told the New York Times.

However, the 30-year-old does stand to save an estimated $100 million for dropping his U.S. citizenship. The Times points out that Saverin is currently living as a permanent citizen of Singapore, a country that doesn’t collect a capital gains tax. Essentially, that means it’s very attractive for rich people.

“I was born in Brazil, I was an American citizen for about 10 years. I thought of myself as a global citizen,” Saverin also said.

I don’t really buy his logic. Captain Planet is a global citizen. He’s also a hero and someone who’s going to take pollution down to zero. Saverin, on the other hand, is a billionaire with a Harvard economics degree who lives in capitalist-friendly Singapore. These two identities have nothing in common. That doesn’t make Mr. Saverin a bad person, it just means he’s not a global citizen.

In the New York Times report, Saverin seemed concerned about his personal image. He quashed the notion that he leads a playboy lifestyle, explaining that, “It’s a misperception, especially the playboy… I do have a Bentley. I do go out. I’d rather not go into personal details.”

Also, the depiction of him from hit movie The Social Network (which is based on the true story of how Facebook was founded) was “more art than documentary,” he said. One of the key elements of the film’s story was Mark Zuckerberg’s betrayal of Saverin. The film even ended with Zuckerberg agreeing to a settlement to avoid a costly and messy lawsuit between he and Saverin. These details are true, but Saverin said “there was no burning there. Mark is a phenomenal guy.”

There is some truth to Saverin’s statement though. He and Zuckerberg are among the very few people who, at a young age, have achieved an incredible level of success so quickly. Both men also share an inability to speak to the press in a natural manner.

Kidding aside, Saverin does seem keenly aware of his situation. According to the report, he’s asked a number of very rich individuals for advice on how they handled their success. He’s also honest about the difficulty in trying to wrap his head around his wealth — a problem most people probably wouldn’t mind having.