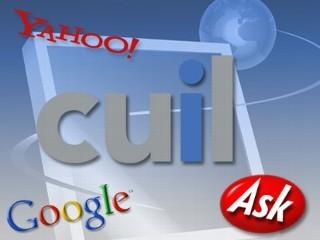 What were they thinking?

Investors valued the new search engine company Cuil at a stratospheric level of $200 million post-money in December, during the company’s second round of funding before the search engine launched.

The company, which hyped itself leading up to its launch two months ago, among other things boasting of a larger index of pages than Google, was met with very critical reviews. There’s nothing really compelling about Cuil. It looks destined to struggle. It’s VP of product Louis Monier just resigned.

The valuation — something that is arrived at during negotiations between investors and a company — raises serious questions about the financial acumen of the company’s lead investor, Madrone Capital Partners, which set the price. It is irresponsibly high, considering any standard metric used by investors. Cuil’s founders included two former Google employees, Anna Patterson and Russell Power, who had helped build Google’s large index. This, while impressive, says nothing about their ability to build a real company themselves. And after launch, people quickly learned that Google’s index is in fact possibly larger than Cuil’s, and was clearly finding search results not found by Cuil’s.

The investors, led by Madrone, declined to respond to requests for comment. Other investors, including Greylock Partners and Tugboat Ventures, also chose not to comment. By deciding to invest $25 million into the company, the $200 million valuation meant investors owned only an eighth of the company. (It should be noted that Greylock and Tugboat invested $8.25 million at a post valuation of $32 million in Cuil’s first round in April, 2007.) The folks at PE Data Center did the analysis of the venture round here based on public documents.

Typically investors put in much less money and claim a far greater percentage ownership. In another case recently, Silicon Valley semantic search engine Powerset commanded a valuation of $40.5 million in its first round, which was considered very high at the time. It failed to meet investor expectations, and sold for $100 million to Microsoft, giving investors somewhat more than a two-fold return. But Cuil doesn’t offer the same semantic technology as Powerset, so it’s difficult to see how it would get more than a $100 million acquisition offer anytime soon. By valuing Cuil at $200M, it makes it extremely difficult for investors to get a return.

So who exactly are the people behind Madrone, which made such a questionable bet? Turns out, Madrone manages investments for the heirs of Wal-Mart founder Sam Walton. Madrone’s Greg Penner (pictured left), who is on the board of Cuil, is married to Carrie Walton, Walton’s granddaughter. He’s also on Wal-Mart’s board. Penner notably is also a board member of Baidu, a Chinese search engine which is doing quite well in China.

I asked the company for comment. Vince Sollitto, VP of marketing, said in a prepared statement: “Our financing was a very competitive deal. We had extensive interest from multiple investors, including even higher valuation offers. We’re very pleased with the partners we have at Cuil and the board we have assembled.”

I also asked how the company did since launch. He said initial traffic vastly exceeded expectations, and the company is “very comfortable where we are now, and focused on moving forward.” He wouldn’t comment on the traffic to the site specifically.

Compete shows traffic for Cuil falling in August after its launch in July.