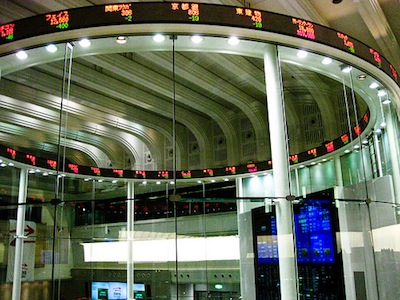 The secondary markets where shareholders of hot private companies like Facebook and Twitter can sell their shares could be facing greater government scrutiny, according to multiple news reports.

The New York Times published a story last night stating that the Securities and Exchange Commission “has sent information requests to several participants in the buying and selling of stock” in Facebook, Twitter, LinkedIn, and Zynga. The story didn’t have many details about the investigation, and, oddly, SecondMarket, the leading marketplace for these types of shares, said today that it has not been contacted by the SEC.

A spokesperson from SharesPost, a similar marketplace, declined to comment on the Times story when I emailed them, except to say that “since its launch, SharesPost has made efforts to keep the SEC’s Staff apprised of the evolution of its marketplace and we have made every effort to structure our activities to be compliant with previous.”

Now the Wall Street Journal has more details about who’s being investigated and why. The SEC is “focusing partly” on the funds that pool investors together to buy these private company shares, allowing them to purchase shares of companies over the 500-shareholder threshold. If the threshold is crossed, private companies are required to disclose more information to the public. The SEC is also looking at whether the tech companies are meeting their financial reporting requirements and whether the people selling shares (who are often former employees) need to be registered broker-dealers, the Journal says.

To be clear, it sounds like this is all very preliminary. A spokesperson for one of the funds the Journal mentioned said it’s premature even to call this an “investigation”. But it’s certainly the case that as these markets grow, the government is taking notice.