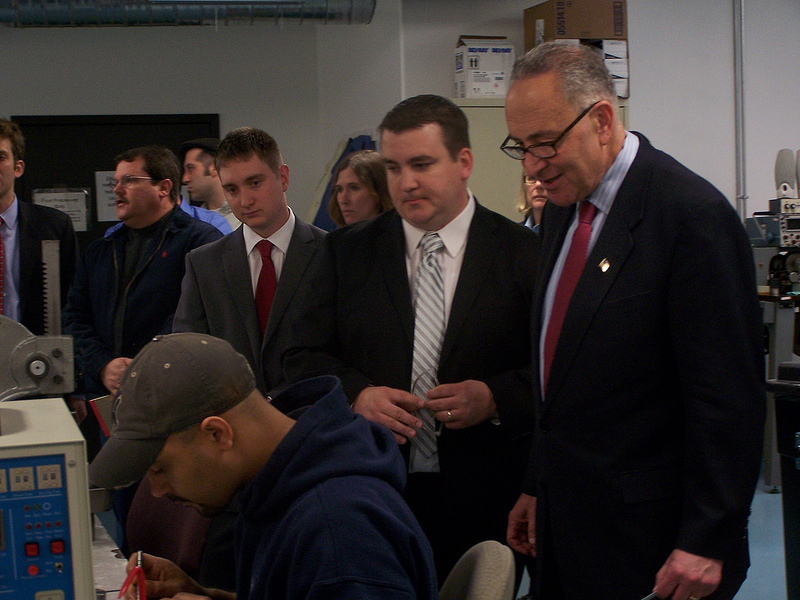 Senator Chuck Schumer (D-N.Y.) hijacked the senate floor today to address critics of his recently proposed Ex-PATRIOT act legislation, which would impose new taxes on people who give up their U.S. citizenship to avoid taxes and bar them from re-entering the country.

“When you renounce your citizenship to swell your bank account, you’re un-American,” Schumer said. “What Saverin is doing is free-riding on America, and dodging taxes from an IPO.”

The Senator also called out the Wall Street Journal for labeling him a vocal spokesperson in the “age of envy”, and scalded republican opponents of his legislation, saying “they make Eduardo Saverin into their patron saint.”

Honestly, I don’t think Saverin would argue with being called “un-American,” considering that he didn’t feel compelled to continue being a citizen. And while I agree that having the ultra rich dodge taxes is a bad thing for the country, Schumer’s plan for handling this situation is utterly awful.

Under the proposed bill, expatriates with either a net worth of $2 million or an average income tax liability of at least $148,000 (over the last five years) will be presumed to have renounced their citizenship for tax avoidance purposes. Any person who fits this description does have a chance to appeal to the IRS to prove they aren’t just dodging taxes. Anyone who the IRS determines was indeed dodging taxes by renouncing citizenship will be slapped with a new tax on all future investment gains — no matter where he or she resides. The senators said this stipulation would eliminate any tax benefit/financial incentive associated with renouncing one’s citizenship. Also, the rate of the new capital gains tax will be 30 percent, which is consistent with the current rate applied on non-resident aliens for dividends and interest earnings.

So to summarize, Schumer wants to tax people who give up their citizenship as if they were still citizens. And if they refuse to pay these taxes, they can’t come back into the country.

I highly doubt this is going to prevent people from giving up their citizenship. I do, however, think the Ex-PATRIOT act (if passed into law) would end up driving investment into Europe and Asia in the long run.

Please feel free to sound off with your own thoughts in the comment section.