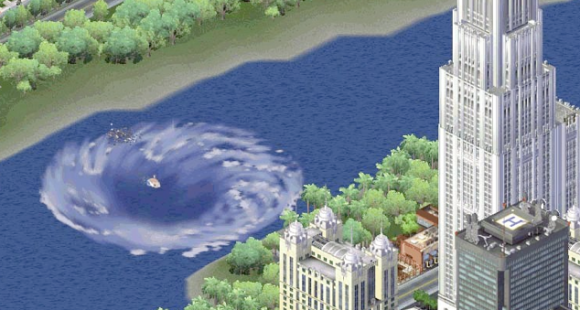 I got a chance to play a near-complete version of it today; it looks great. Fans of the series will recognize the SimCity 3000 look and feel, but the addition of touch screen controls makes sense for things like zoning (creating a certain type of building zone). Using the multi-touch capabilities of the iPhone to do things like zooming in and out of your city also makes the game a good fit for the device.

EA has already made two SimCity versions for Nintendo’s portable system, the Nintendo DS, but even though I have that device as well, I’m quickly finding the iPhone is becoming my go-top mobile gaming device. Part of it is because I always have the device on me, but it’s also that the iPhone is powerful, as you can tell from the fact that it can run this relatively advanced version of SimCity.

I should note that there were some loading time issues in the demo I tried. But EA’s reps assured me that these were being ironed out and that the game would run smoothly before it launches in the App Store at some point in December. The price point for the game is expected to be $9.99.

Update: SimCity is now available on the iPhone.

[The photo at the top is from the computer version of SimCity 3000 not the iPhone version — though it does look very nice as well.]