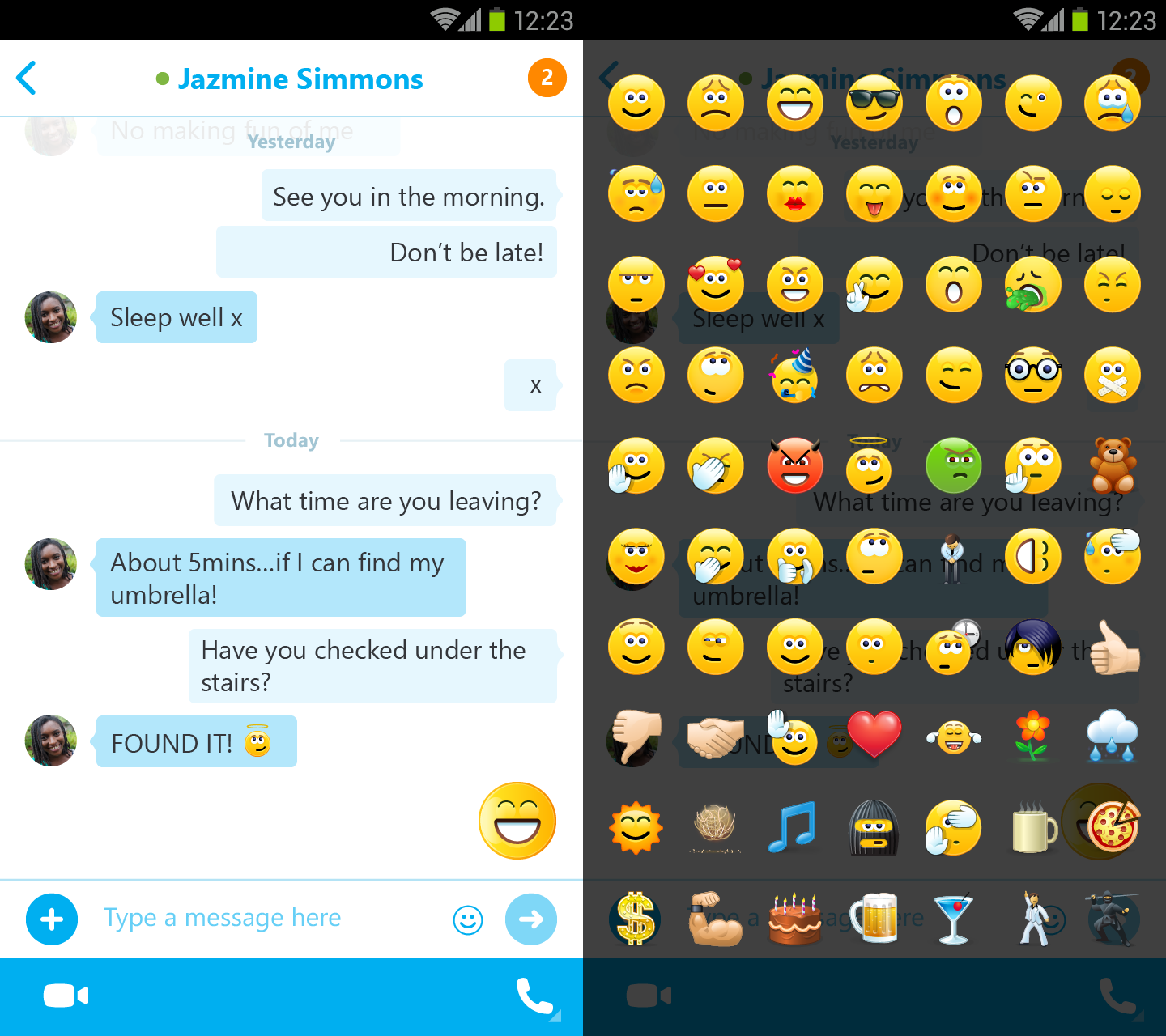 Skype 5.3 for Android features a new bubble style chat layout (above on the left) that is more in line with Skype for Windows, Mac, and iPhone. It’s not just a new look, though; the company has also made the following improvements:

As for new features, Skype now supports emoji (above on the right) so you’re not stuck with Skype’s limited number of emoticons. Speaking of emoticons, if it’s the only content in a message, Skype will now display a large animated version. Last but certainly not least, this version also adds support for messaging via speech-to-text when connected to Android Auto.

Skype Qik 1.5 adds eight new effects that you can use while recording your videos. Once you open the viewfinder, you can select an effect to apply to your video; you can even switch between effects while you’re recording. 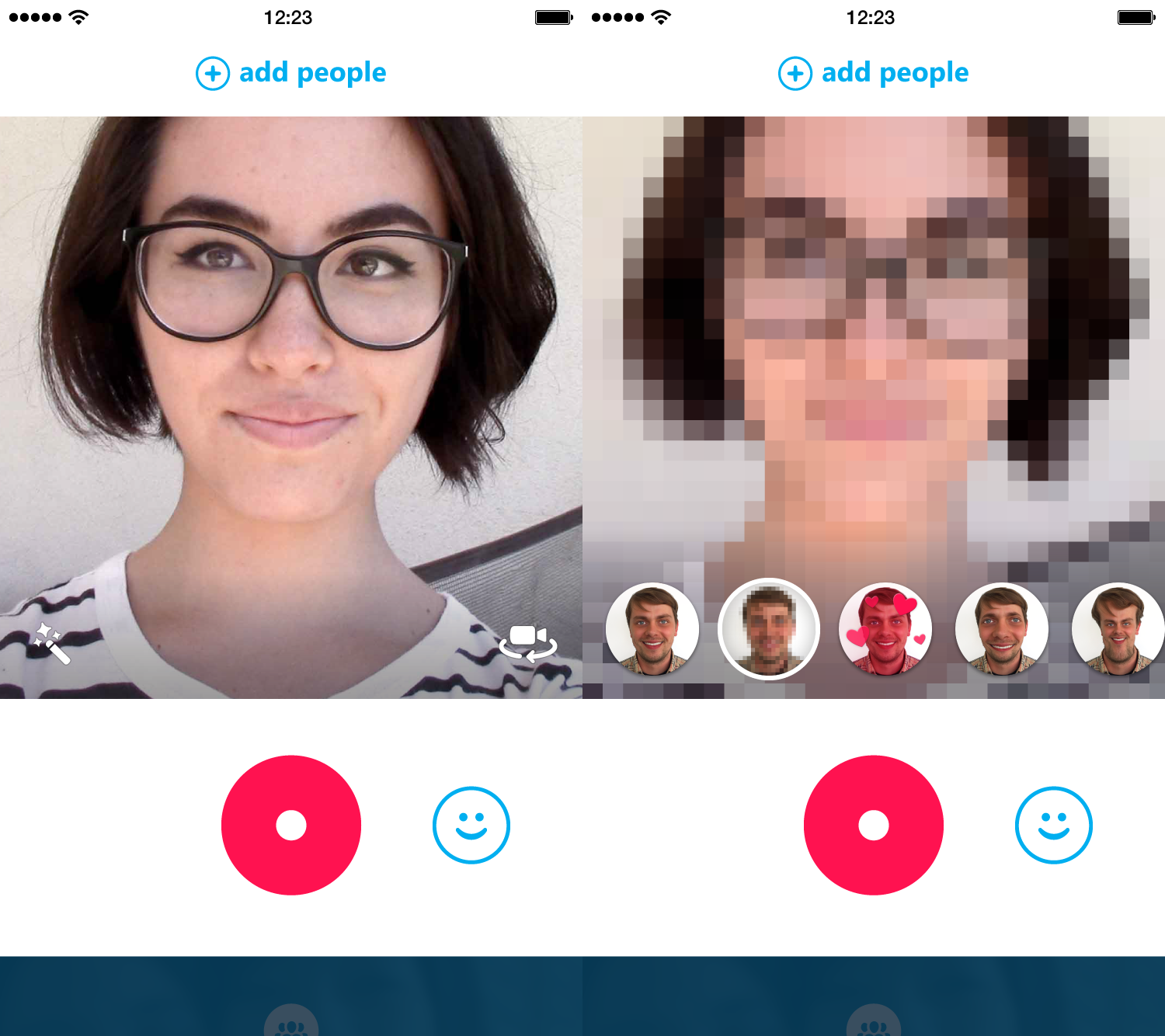 On Windows Phone, just swipe on the viewfinder to cycle through the different styles. On Android and iPhone, you can tap the magic wand in the viewfinder window to display the effect options.

Speaking of iPhone, Skype also has a small update coming to its main app on Apple’s platform. It will be rolling out to the App Store “within the coming week” and will add more language support: Croatian, Slovak, Catalan, Vietnamese, Thai, Hindi, Greek, Hungarian, Indonesian, Malay, Turkish, and Estonian.