Snapchat has unpublished its official Facebook Page. Snapchat declined to comment as to why the page is no longer available, but a person close to the company told VentureBeat that the main reason was simply due to the lack of use.

As Snapchat continues to grow and plow ahead, there is increasing scrutiny on competition from the larger social giant, Facebook, and the duo’s relationship. But this quiet move is unlikely to change anything between the two — the reality is Snapchat didn’t use its Facebook Page much.

Navigating to the facebook.com/snapchat URL will now give you a generic “Sorry, this content isn’t available right now” error message. Less than a week ago, the Page appeared to be alive and well: 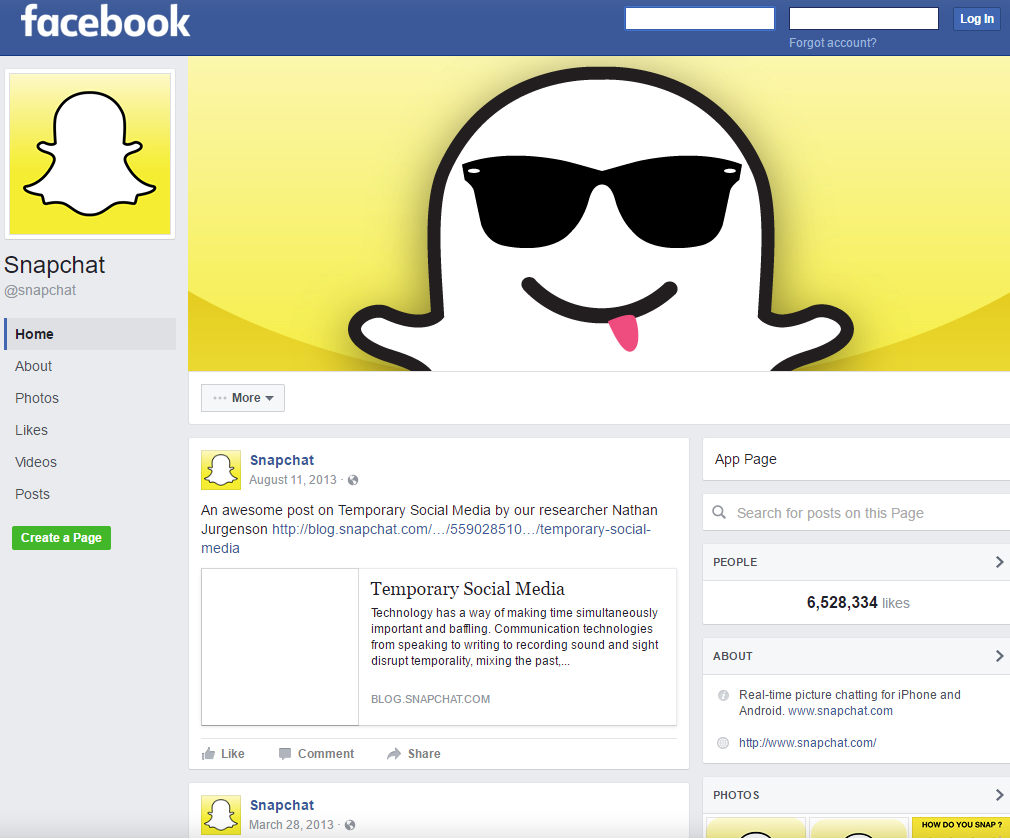 Snapchat’s app page had over 6.5 million Likes before it was pulled. But it wasn’t very frequently used: Posts were being published many months apart.

The last public post Snapchat made on its Facebook Page was in August 2013 (though we were told that November 2013 is actually closer to the correct date for the last post). Either way, there has been no activity for well over two years.

In fact, our contact familiar with the matter actually said the team forgot Snapchat had a Facebook Page. In the past few days, someone at the company happened to stumble across it, noted that it was very out of date, and decided it wasn’t worth the hassle to keep it going.

For the record, Snapchat’s Twitter profile, which has 1.58 million followers, is still alive and well. The latest tweets went out just a few hours ago.