We complain about brands an astonishing 879 million times a year on Twitter, Facebook, and other social media networks. A full 10 percent of us find something to be angry about publicly every single day. 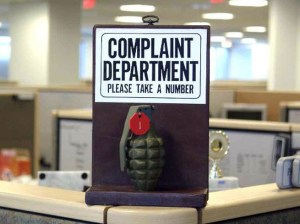 That’s just one of the results of a new study by VB Insight on social media, complaints, and how brands can turn social vinegar into the sweet wine of a cash register’s ring.

Quick hint: it’s not easy. In fact, it’s a gargantuan task, often made worse by being completely ignored by brands, which happens 32.8 percent of the time.

“It shocked me how many brands don’t respond to social media complaints,” report author Stewart Rogers told me. “While we can’t assume that all complaints warrant a reply, it is worrying to think that there are up to 289 million unanswered complaints every year.” 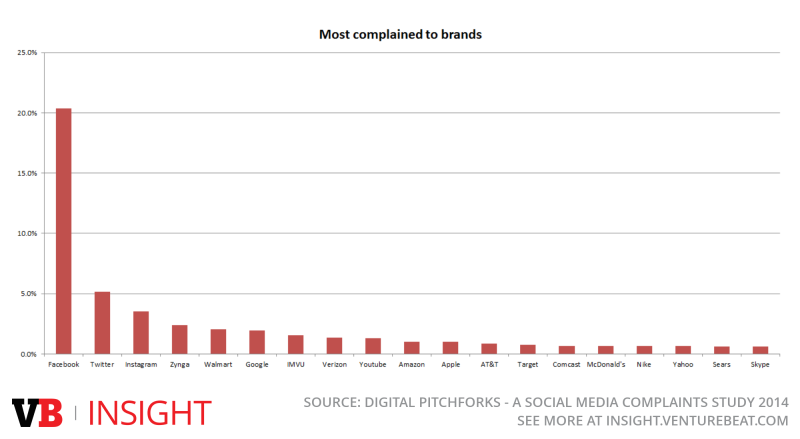 While traditional brands such as Walmart, Verizon, Target, and Comcast rank high on the list of companies consumers complain about, one name stands out above all: Facebook. A full fifth, or 20 percent of the 1,000+ plus people we surveyed had publicly complained about Facebook — probably on Facebook itself.

Interestingly, however, it’s not always the brand being targeted that is causing the anger. In Facebook’s case, the study shows that it’s actually third-party apps on the platform — mostly games like Zynga’s Farmville — that people get upset about. But the host platform, in this case Facebook, takes collateral damage.

We polled 11,000 web users and surveyed 1,003 of them to discover
the best ways to turn social media complaints into brand wins.

Most of those venting about games on Facebook? So-called “Digital Grey Foxes.”

“Digital grey foxes” is just one of four complainer personas the study identifies — 55 to 64-year-olds who are becoming comfortable with technology and see it as their opportunity to connect directly to companies when they have an issue. These grey foxes have almost double the complaint rate of their younger 20, 30, and 40-something compatriots, in fact. 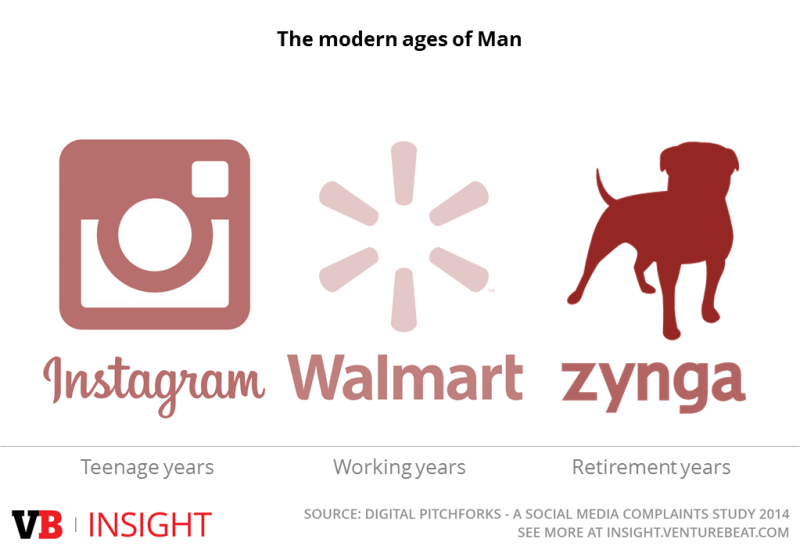 Top brands who answer customer support questions well include HP, Sony, Nike, AT&T, and Apple. The worst brands at monitoring and responding to social media complaints also include Apple, interestingly, indicating the company has a spotty record at support.

And while Facebook gets a lot of complaints, it deals with them extremely well, staying out of the list of shame: the seven worst brands at dealing with complains via social media.

The key is to turn complainers into happy customers, Rogers says. And that means working with consumers where they are, and where they want to interact.

“Businesses may assume their best route is to take the conversation away from social media to, for example, email, but when their target audience is more comfortable with an online support forum all they are going to do is alienate their customers further,” he said.

The full report is available on VB Insight.