Social Native has created a marketplace for connecting brands with content creators who can create authentic social media assets that promote those brands. 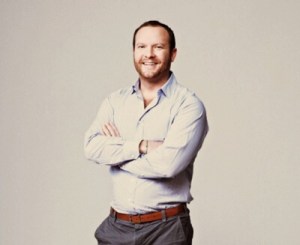 Above: Jeff Ragovin of Social Native

The startup is positioned for the era known as the “creator economy,” a term coined by futurist Paul Saffo to describe our shift from consumers of content to creators of content.

To help with that mission, the Los Angeles company has hired as executives two of its investors, Jeff Ragovin and Eytan Elbaz, who each have a long history in successful startups.

Social Native is working with 50 top brands to find them low-cost and authentic content. In the age of social media, brands haven’t been able to keep up with the voracious demand for social media assets, such as videos or pictures, on all of the big social sites.

“We are changing the way brands create content,” Elbaz said in an interview with VentureBeat. “The biggest shift that has occurred since the advent of social media is the amount of content people can consume is 100 times greater than it was decades ago. You can skim through Instagram and see much more in a minute than you do in an hour reading a magazine.”

Social Native enlists the people who create an enormous amount of assets: the fans. Those fans currently don’t get paid for their authentic expressions of enthusiasm for a brand. Brands can express the kind of content they want, such as fans interacting with a new product. Social Native has identified 14 million of the top content creators in the world, and it has invited thousands of them to create content for social media campaigns.

Elbaz, who is the co-creator of Google’s enormously profitable AdSense business (acquired for $104 million), said that brands that don’t keep up will lose mindshare in this new age of social media.

“Social Native automates a lot of the processes for creating content,” he said. 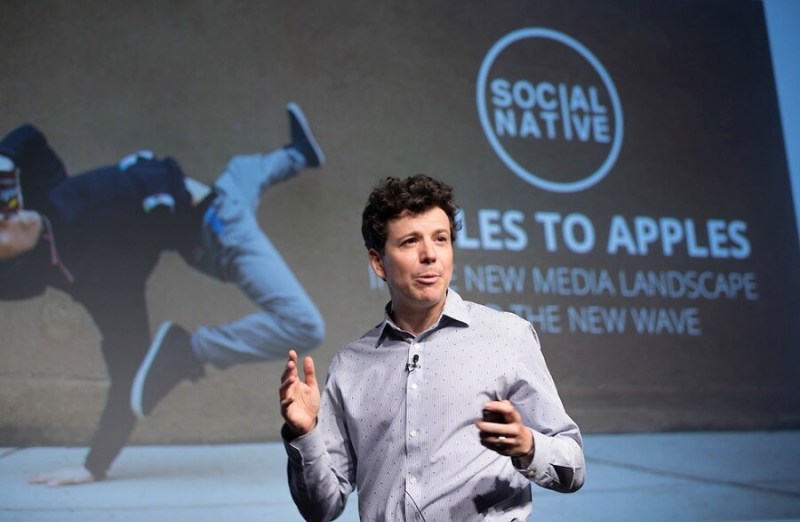 Elbaz, who is chief strategy officer at Social Native, thinks that content creators can do in a week — at a fraction of the cost — the work that an agency does in a year creating assets for ad campaigns. An agency might charge $100 million for 100 campaigns. But content creators, who previously were doing their sharing for free, could be far less expensive and their content could be a lot better because it’s so authentic.

“Jeff and Eytan joining the company as operators serves as a true testament to the power of our technology and growth opportunity ahead,” said David Shadpour, CEO of Social Native, in a statement. “Both Jeff and Eytan have incredible track records of disrupting old standards with technology. Creative is one of the last industries to be merged with technology, and under their leadership we will take on the challenge of giving brands the ability to create personalized content on demand.”

Ragovin, cofounder of Buddy Media (acquired by Salesforce for $745 million), said in an interview with VentureBeat, “I’ve seen them address a gaping hole in the demand for content. Brands are clamoring for this content.”

Ragovin invested in Social Native in early 2016. He will now help the company with its aggressive growth plans.

“This is a disruptor in the content creation space,” he said.

“Over time, the algorithms figure out who is worth what and compensate people appropriately,” Elbaz said. “There are a lot of signals we pay attention to. Part of the job of the tech is to find out where your passions lie.”

Ragovin, a Social Native investor since early 2016, will play a part in developing the scalable and aggressive growth trajectory for Social Native. In his previous role as cofounder and chief strategy officer of Buddy Media, a SaaS platform for brands and agencies to organize and control their social marketing programs, Jeff played a central role in guiding the company from a startup into the largest enterprise social marketing suite in the world.

As for the creator economy, Ragovin said, “We think creative services is a meaningful piece of this growing digital economy. It is a way to supplement income.”

Elbaz added, “The whole goal is to drive toward true personalization. Personalization is the future of everything.”

According to Social Native research, there are 396 human touch points required in the creative development process. The company automated this process and can now scale the creation of highly personalized, quality creative content.

Polaroid has been using Social Native, and it now sources 71 percent of its social content from the company. Polaroid has used that content in social media, paid advertising, ecommerce pages, product packaging, and more.

Elbaz was previously cofounder and chief strategy officer of Scopely, a fast-growing mobile game producer. In addition, Elbaz served as head of Google’s domain channel, where he grew the business from $13 million to $600 million annually over four years. Elbaz is also a founding member of Applied Semantics, where he conceived and designed AdSense, DomainPark, and DomainSense.

“I’m a startup guy,” said Elbaz. “I love the beginning, and we have made a lot of great progress at Social Native.”