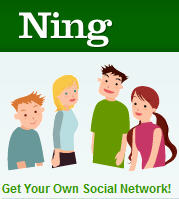 Make-your-own-social-network company Ning has raised a $60 million fourth round of funding.

Co-founder Marc Andreessen, who also founded Netscape, says the funding came at a whopping $500 million pre-money valuation. That’s almost three times the Palo Alto, Calif. startup’s $170 million valuation  back in July, when it raised a $44 million third round. Even back then, Ning was something of a poster child for huge (and, some argued, overinflated) Web 2.0 valuations. With the economic downturn, we thought the days of such valuations were over, but it looks like we were wrong.

It’s not clear what Ning, which allows you to create and customize your own social network, is going to do with all this cash, since social network companies don’t usually need a lot of capital. On the other hand, its traffic has been growing like crazy — between February of 2007 and 2008, traffic increased by 4,803 percent, to 4 million visits. And Randy Befumo, research director at previous Ning investor Legg Mason Opportunity Trust, has said the company needs money to build the infrastructure for growth.

(In the latter article, we argue that Ning’s numbers — particularly the fact that 115,000 social networks were created using its platform — aren’t necessarily as meaningful as the site’s usage.)

Update: Marc Andreessen just emailed us. Here’s what he said:

The size of the round was the money we have raised minus a fee to Allen & Company. About $60M net.

We raised the money to enable us to keep scaling given our accelerating growth (over 230,000 networks on Ning now, growing at over 1,000 per day) and to make sure we have plenty of firepower to survive the oncoming nuclear winter. At current growth rates, we don’t need it to get to cash flow positive, but having lived through the last crunch, it’s good to be conservative with these things.