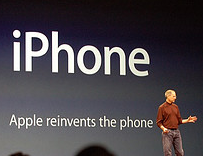 SoftBank, the Japanese mobile company, issued what has to be one of the shortest press releases ever tonight to announce that it had signed an agreement to bring the iPhone to Japan later this year.

“SOFTBANK MOBILE Corp. today announced it has signed an agreement with Apple® to bring the iPhone™ to Japan later this year.”

Really, what else do you need?

Well, perhaps that knowledge that SoftBank is a 3G-only carrier in Japan. As if we needed more proof of a certain updated device due to be announced on Monday…

Add Japan to the list of countries around the world that have recently signed deals with Apple to sell the device.