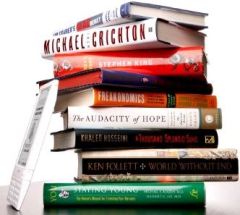 A new service launching today promises to put book publishers in touch with a group of online companies including Amazon, Google and Sony, in order to boost both digital and print sales.

Constellation, the name of the service being unveiled by Perseus Books Group, is not aimed at giant publishing groups like Hachette and Random House. Instead, it’s a bid to put smaller companies in touch with technology that they don’t have the budget or expertise to tackle themselves.

That technology includes online and e-book versions of books, on-demand printing of books and distribution services for online, electronic and print versions — really, everything that comes after the writing and editing of the book. The New York Times first reported the news.

The venture could prove to be important because there are thousands of small publishing houses in the United States alone, just as there are many underground and indie music labels. But where indie music found it relatively easy to outstrip their larger rivals online, their peers in book publishing have had a tougher time.

Some independent authors have already set a precedent, and met with some success, by releasing free versions of their books online or marketing their writing in social media. That suggests there is room for tech startups like BookSurge, Ebrary and Lightning Source (three more of the companies in the Constellation deal) to grow, if any coherent market can develop among the publishers. There are also movements to create entirely new products, like open source textbooks.

On the other hand, attempts to move online by traditional publishers are often doomed by the timidity of their participants. That trend is best seen in the newspaper industry, but plenty of online book ventures have also failed, like Bookface, a year 2000 venture between four big publishers that attempted to support reading material with advertising, but later silently fizzled out.

There’s also the possibility that the problem hampering book publishing is not a lack of effort, but a lack of potential. Many might argue that books will never enjoy another heyday, instead only offering a small audience and marginal profits to all but a few best-selling authors. Unless devices like the Kindle can provide the spark for a new community of readers, they may be right.