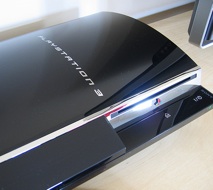 In the next few days, Sony will unleash an update for the Playstation 3 game console that will make its Blu-ray player profile 2.0 compliant. What does this mean? It means that if you’re in the market for a Blu-ray player, you should get a PS3.

Blu-ray Disc Profile 2.0 is also known as ‘BD-Live’. It’s called this because discs are published containing data that can access Internet content for a more interactive experience. Sony’s firmware update will make the Playstation 3 the first Blu-ray player with such features.

One of the advantages HD DVD had over Blu-ray was that all of its players had built-in Internet capabilities. This was cited often by HD DVD supporters as the reason why the format was superior to Blu-ray. Toshiba and Microsoft also made sure to highlight these Internet features in a series of advertisements for the HD DVD brand that began running last year.

Older Blu-ray players lack the proper equipment to connect to the Internet, but the robust Playstation 3 with its gaming and media center capabilities was built with future-proofing in mind. Unfortunately, you’re going to have to wait a few weeks to actually watch any BD-Live enabled movies. The first two slated are The 6th Day and Walk Hard which will be released on April 6th. (The 6th Day? No one said Sony had taste.)

Aside from being the most advanced Blu-ray player on the market with this update, the Playstation 3 is also one of the cheapest. The 40 gigabyte version is sold for under $400.

This combination may finally help next-generation DVD sales take off.