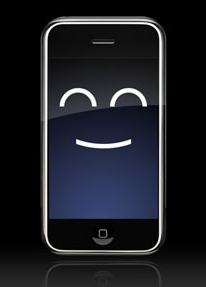 In a few hours, Apple will show off its iPhone 3.0 operating system for the first time at an event at its headquarters in Cupertino, Calif. The event, which came up at the last minute, is expected to showcase some major changes to the platform. Today, I’ve heard what one of those change may be.

Apple is likely looking at a way to integrate iPhone and iPod touch apps with other devices, a trusted source tells me. Basically, this means that if you have an app on the iPhone, Apple wants to allow other devices, including those not made by Apple, to be able to access those apps. This would likely occur through the 30-pin dock connecting socket, says my source.

While there are some significant ramifications to such a move short term, in the long term, this still says to me that Apple is looking for a way to move its robust app platform beyond the iPhone and iPod touch, and onto several devices.

Being so close to the actual event, I haven’t had the opportunity to corroborate this potential feature, so I’ll leave it as a rumor. But again, my source is trusted, and even if this isn’t part of the announcement tomorrow, I’m confident that this will be coming eventually.

For what it’s worth, my source also didn’t believe that a tablet device would be a part of the announcement tomorrow. While they suggested that eventually this will be a part of Apple’s plans, they didn’t see the timing as lining up well for tomorrow’s event.

VentureBeat will be at the event tomorrow, covering it live both on the site and in this FriendFeed room.

Update: At its event today, Apple confirmed that apps will now have the option to talk to accessories with the new iPhone 3.0 software development kit (SDK).