With five million monthly unique visitors, Spiceworks serves about a third of the world’s 15 million IT professionals, according to cofounder Jay Hallberg.

The Austin, Texas-based company intends to reach the next third with a fresh $57 million funding round.

Spiceworks is a free, professional network for people in information technology (IT). The platform offers a community where IT professionals can solicit advice and exhibit their work, apps to help them do their jobs, and a marketplace where they can buy products and services.

“We started eight years ago on a relatively straightforward mission: to simplify life for the world’s IT pros, as well as the vendors trying to reach them,” said Jay Hallberg, Spiceworks cofounder and chief operating officer, in an interview with VentureBeat. “It’s similar to what GitHub has done for developers.” 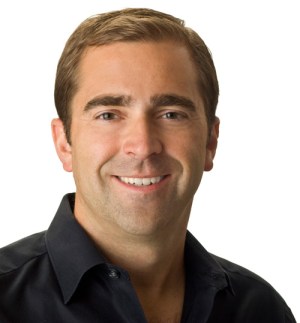 Spiceworks is mostly ad-supported, though a “relatively small” percentage of its revenue comes from IT purchases made through it platforms. For example, the company has a partnership with mobile device manager Fiberlink (acquired by IBM late last year), which enables Spiceworks users to access Fiberlink features directly through the platform. There are some free capabilities, like scanning a network to see all connected devices, but “premium features” like remote wipes require payment.

Until now, Spiceworks has built those custom integrations itself, but it plans to push out a host of APIs enabling others to build on the platform. The long-term vision is a thriving IT app store, “transforming how IT pros discover and buy products,” said Hallberg.

Even though Spiceworks relies on specific IT vendors for revenue, people using Spiceworks shouldn’t be concerned about vendor bias, Hallberg assured us.

“We’re always going to put the IT pros first, and we’re also going to be very transparent in terms of our model,” he said. “Our company is built on the community’s trust, and if we blow it, the business is gone.”

Spiceworks, which dwarfs other IT-centric networks and groups, seems more focused on competing with horizontal players: LinkedIn and its ilk. Hallberg touted Spiceworks’ profiles as a superior alternative to LinkedIn profiles for IT pros.

“At the end of the day, there’s nothing too exciting for [IT pros] going on at LinkedIn,” he asserted.

The company currently has roughly 250 employees between its Austin headquarters, its London office, and its remote sales team. It intends to hire around 90 more during 2014, according to Hallberg.

Campbell comes from an IT background inside Goldman. He actually visited Spiceworks about four years ago, but at that time, the 40-person company was too “microscopic” for a Goldman investment.

“Eventually, we got big enough that we could do something with the size of the check that Goldman could write,” said Hallberg. “With this additional capital, we can do a whole bunch more.”