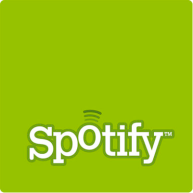 One of the interesting tidbits to come out of Midem, the music industry’s top trade fair in Cannes, over the weekend were some hard figures from Spotify, the much-hyped music streaming startup from Sweden.

Spotify senior vice president Paul Brown said the company has 250,000 paid subscribers. At 9.99 euros or pounds, or 99 Norwegian or Swedish kronor, a month, that would put annual subscription revenues at $41.1 – $51.2 million, depending on how many of those subscribers are in each of those markets at current exchange rates. There are also advertising revenues, paid day passes and downloads on top of that, but figures on those aren’t public.

Of course, one must consider the music royalties Spotify must be paying to the record labels, which can come in at a half-cent or full cent per song. With more than 6 million free-riders using the service, it adds up fast. It’s a model that has bankrupted predecessors like Imeem and is a drain on the reported $50 million Spotify raised over the summer from investors including Hong Kong billionaire Li Ka-shing.

For this reason, Spotify is something of a curiosity. Every music startup that has come before it offering ad-supported, on-demand music has failed. (Radio models like Pandora don’t really count because you can’t choose exactly what you’re going to hear.) Contemporary competitors like U.S.-based MOG focus on paid subscriptions. But the Swedish startup has been particularly insistent on coming to the U.S. market with a freemium, not paid-only, model.

The company seems to have some unique contracts. Universal Music Group senior vice president Rob Wells told the U.K.’s Telegraph last week that the company is paying the label royalties per user in only two countries, the U.K. and Spain. In the other four, Spotify pays based on money generated from subscriptions and advertising — not on a per user basis.

He added that the company would have enough to pay labels if 10 to 12 percent of its users converted to paid subscriptions. If — and a big emphasis on if — the other three major record labels are also happy with that conversion rate, Spotify has some work cut out for itself. Two hundred and fifty thousands subscribers out of 7 million gives you a 3.5 percent conversion rate. The company’s got to at least triple that.