(By Adam Jourdan and Lisa Richwine, Reuters) — After a mammoth marketing campaign, growing online chatter in China around “Star Wars: The Force Awakens” suggests the latest installment of the hit franchise has a shot at breaking box office records in the world’s second-largest movie market.

China is crucial if Walt Disney Co’s first foray into the world of Jedi knights is to earn a spot among the top-grossing films of all time. The movie, the seventh in a nearly 40-year-old franchise, surged past “Jurassic World” to set a global opening weekend record of $529 million.

Disney has had to work hard for its “Star Wars” buzz in China. Though the franchise launched in 1977 — a year after the end of the Cultural Revolution and the death of China’s founding leader Mao Zedong — the original films weren’t shown in movie theaters until this June. 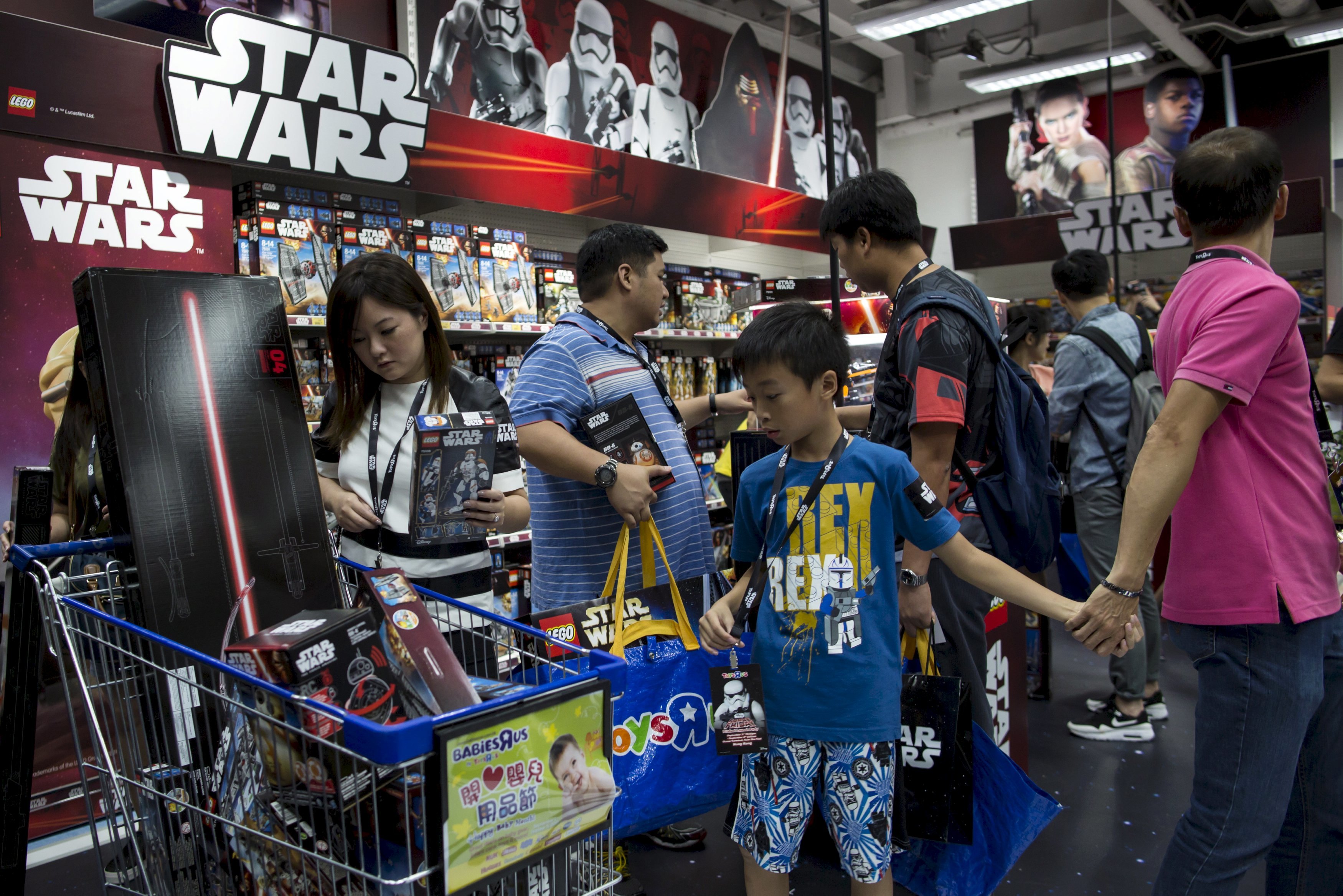 But after promotions featuring everything from 500 model stormtroopers on the Great Wall to a pop star dubbed China’s answer to Justin Bieber, a Reuters analysis of posts on popular microblog Sina Weibo shows “Star Wars” has been mentioned around 700,000 times since the start of December, outpacing other big hit Hollywood releases in China this year.

“I roughly know the story plot but I have never seen any of the films in the series before,” admitted Yao Yiyun, 22, a computer programming student in Shanghai. “When it comes out at the cinemas I want to see it though, especially because I like science fiction.” 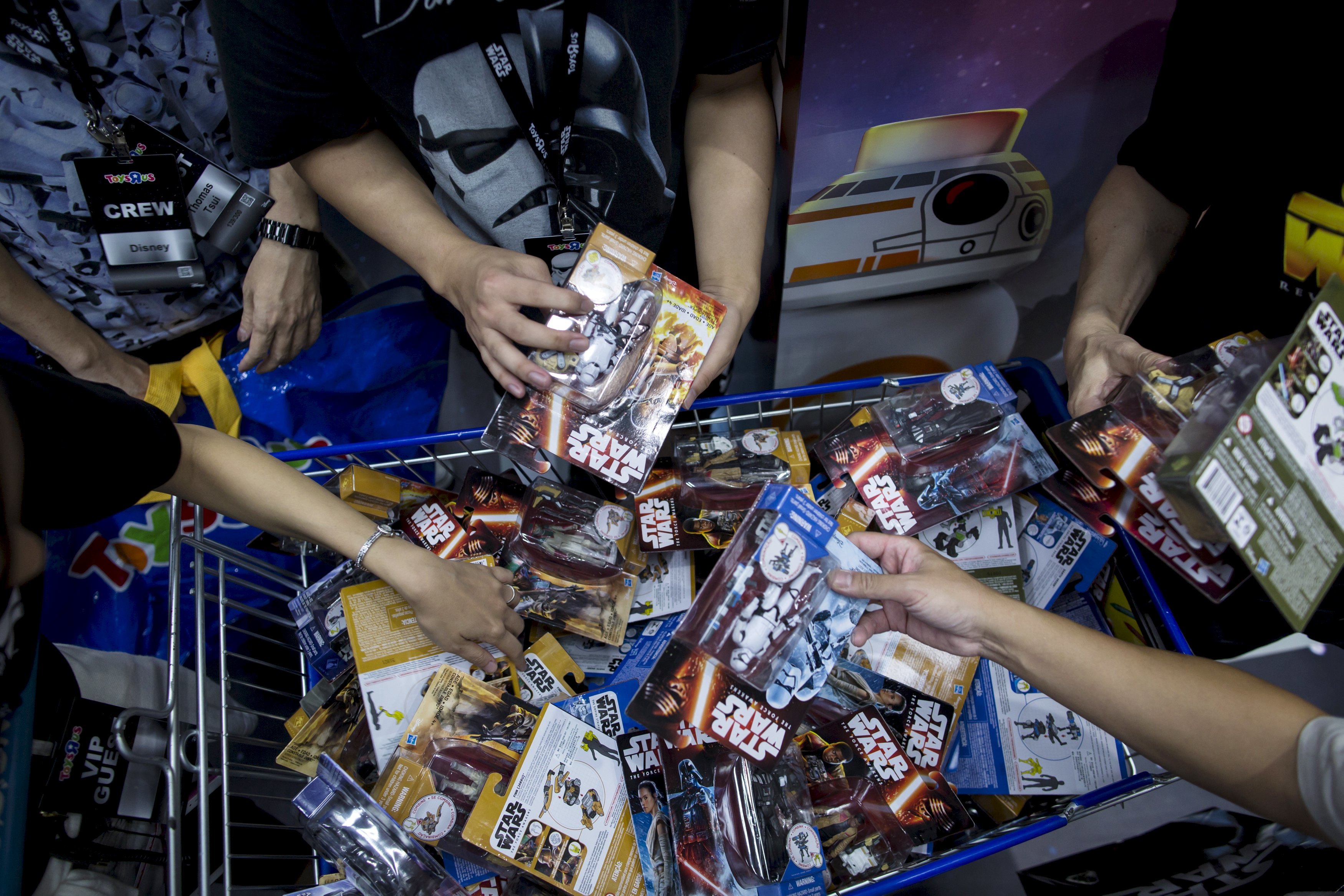 Online chatter won’t guarantee box office success in China for the film, which has a red-carpet premiere in Shanghai on Sunday and goes on general release in the mainland on Jan. 9.

But curiosity among the world’s biggest online community could help the film rival smash hits like action movie “Furious 7,” the latest in a series long popular with Chinese viewers that took over $180 million in its opening weekend in China.

Over a comparable period in its pre-release schedule, “Furious 7” had racked up 230,000 Weibo hits, before soaring to over 300,000 hits in a single day when it opened this year.

Jeff Bock, senior box office analyst at Exhibitor Relations Co, predicts “The Force Awakens” will take in some $100 million during its first weekend in China. Others forecast more.

“The movie is going to do well regardless of its take here,” said Ben Cavender, Shanghai-based principal of China Market Research Group. “But if it wants to target global records then how it does in China is going to be critical.”

A galaxy far, far away

In 2005, the previous Star Wars installment was comparatively unknown in China and brought in just $9 million in ticket sales. But moviegoing has become hugely popular in the meantime, with the Chinese box office set to hit almost $9 billion in 2019 from $5 billion this year, according to PwC, fast catching up with the United States.

Piracy, once the scourge of Hollywood in China, is also not as rampant as it once was, as increasingly active Chinese film companies have pressured the government to crack down.

“(Chinese moviegoers) are very attuned to what happens in the rest of the world,” said Greg Foster, chief executive of cinema group IMAX Corp, which saw the film take in $48 million in its theaters worldwide in its opening weekend. 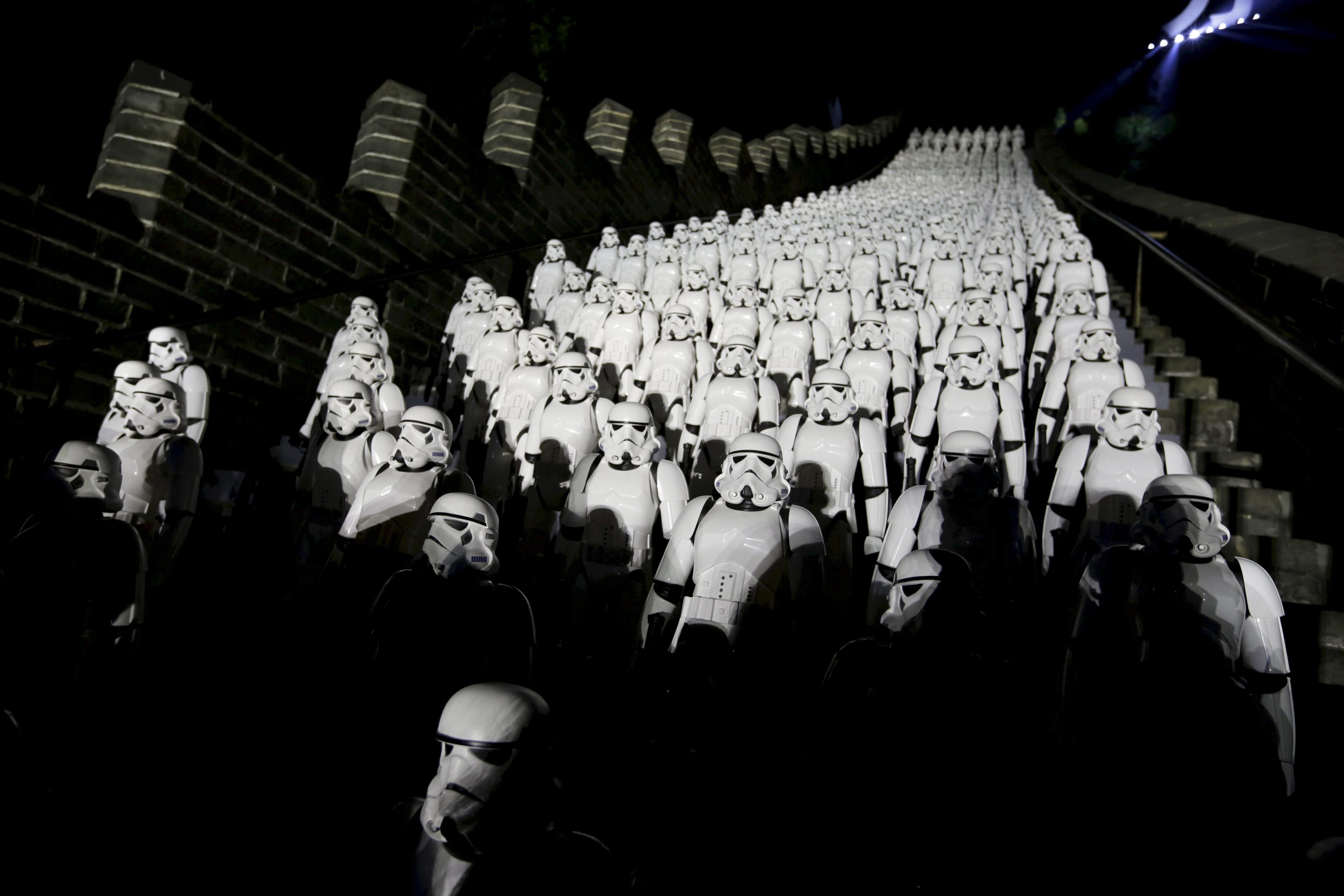 Above: Five hundred replicas of the Stormtroopers characters from “Star Wars” are seen on the steps at the Juyongguan section of the Great Wall of China during a promotional event for “Star Wars: The Force Awakens” film, on the outskirts of Beijing, China, in this October 20, 2015 file photo. REUTERS/Jason Lee/Files

Disney, for its part, has pulled out the stops. As well as running ads featuring Chinese pop star Lu Han as an honorary Jedi “ambassador” for the movie and making use of the of the iconic Great Wall, it has reconfigured posters to enhance the fighter jets popular with local viewers.

But while Disney has been beefing up merchandising ties with China, it still has work to do if “Star Wars” is to truly take root in the country ahead of future installments, said Chen Tao, the head of China fan site StarWarsChina.com. The site expects the film to take around $150 million in China.

“In the United States there are ‘Star Wars’ comics, games and other products released all the time — helping create an ardent fan base,” he said.

“We don’t really have this in China, meaning moviegoers lack those close ties with the series. This could lower its impact.”

(Reporting by Adam Jourdan in SHANGHAI and Lisa Richwine in LOS ANGELES; Editing by Clara Ferreira Marques and Kenneth Maxwell)