(Reuters) – Starbucks baristas have taken to social media to complain about the coffee chain’s entry into the latest food craze: Unicorn Frappuccino.

The sparkly color-changing frozen beverage has become one of the top posts on photo-sharing platforms such as Instagram since its release on Wednesday.

But Starbucks baristas are not happy with the popularity.

Complaints have been rolling in on social media website Reddit Inc, with one barista calling the new beverage “Frap from hell” and others sharing the joy of running out of ingredients to make the drink.

Another barista shared an image of 56 Unicorn Frappuccinos that constituted one order, and others gave thanks to customers with simple orders like a black coffee.

On Twitter, just hours after the release of the new drink, Starbucks barista Braden Burson shared a 100-second tirade, saying he had “never been so stressed out in his life.” His post was shared more than 1,000 times.

“I have never made so many Frappuccinos in my entire life,” he said in the clip.

“My hands are completely sticky. I have unicorn crap all in my hair, on my nose. I have never been so stressed out in my entire life.”

A barista from Florida, Tina Lee, wrote: “As a barista, just know that every time you ask me to make this, a part of me dies #unicornfrappuccino.”

The drink is available only until Sunday. 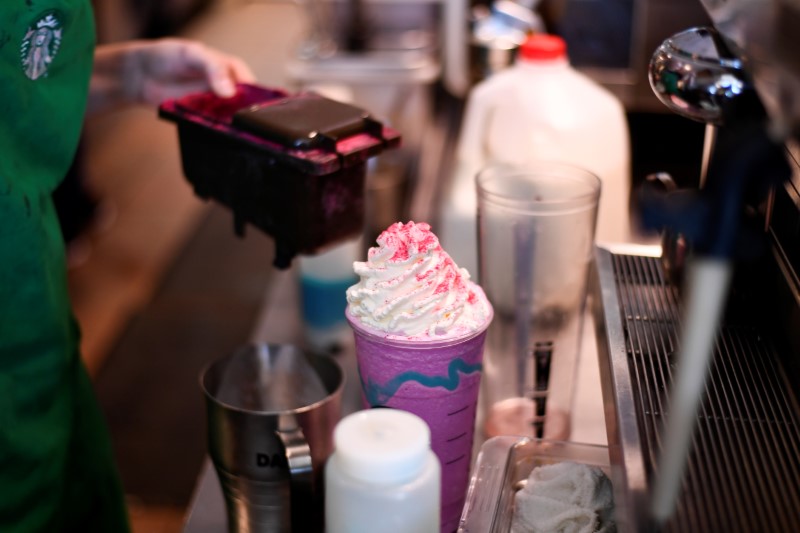 Above: A barista makes a Unicorn Frappuccino beverage at a Starbucks coffeehouse in Austin, Texas, U.S. REUTERS/Mohammad Khursheed

“We’ve seen tremendous positive feedback on the Unicorn Frappuccino from both customers and partners (employees/baristas),” said Starbucks spokesperson when asked if the company is aware of complaints from its baristas.