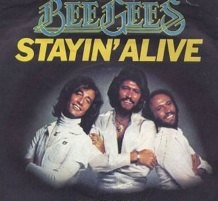 Roku is a compelling little device — right now, anyway. The living room box streams Netflix “Watch Instantly” films. These are movies and television shows that Netflix members can watch anytime for free. The mixture of free instantaneous content and a box that costs only $99 is a nice combo. The problem Roku has is that competition from major players is coming fast.

But rather than sit back and die a slow death, Roku is taking a step in the right direction. It’s opening its platform to make it so that any content provider can use the Roku box in the coming months, Roku chief executive Anthony Wood told Wired.

News of Roku expanding its box beyond Netflix content has been known for a while. In fact, back in July I called it a “living room Trojan horse” if it could secure content deals with Amazon’s video service (at the time called Unbox, but now called Video On Demand) and especially the NBC and Fox backed video streaming service Hulu. But this opening of the box to anyone is a new twist.

But Roku’s biggest challenge may be Microsoft’s Xbox 360. Within the next few months, Netflix will be adding its Watch Instantly content to the gaming system as well. For the millions of people that already have an Xbox 360, that makes the Roku useless. That’s why it’s important the device make this open move.

While Wood is a bit vague on all of the details, he does say that there will be a software development kit (SDK) that content providers can use to get on the box.