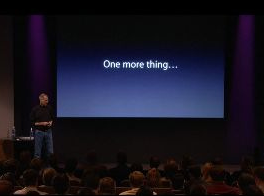 It feels kind of silly to do a whole post about just this, but as anticipated, speculation about Apple chief executive Steve Jobs’ health is once again spiraling out of control following the announcement that he would not give the Macworld keynote address this year. But the reason for Jobs’ no-show at Macworld is purely political, sources inside Apple tell CNBC’s Jim Goldman.

While plenty of blogs and users on services like Twitter and FriendFeed are certain Jobs is once again sick (he has suffered from serious pancreatic cancer in the past), Goldman’s report is the only one I’ve heard about with any actual sources on the matter. We’ve contacted Apple, but like just about everyone else, have yet to hear back.

Of course, for most people that won’t be enough, and that’s partially Apple’s fault. It has been less than forthcoming about Jobs’ serious health issues in the past. But as noted Apple blogger John Gruber laid out earlier, it’d be one thing if the only news was that Jobs was not doing the keynote, the added layer that this will be Apple’s last Macworld definitely makes the political rationale seem plausible, if not probable.

Expect speculation to continue until Jobs makes his next public appearance. If Apple were smart, they’d put him up on stage as a special presenter just to do his trademark “One more thing…” one last time during Apple head of product marketing Phil Schiller’s keynote at Macworld.