Amazon’s MP3 download service has moved up to be a strong number 2 competitor to Apple’s iTunes, according to a new report in USA Today. The service, which launched just six months ago, has becomes popular quickly thanks to its huge DRM-free library of digital music. This speaks to a larger issue Apple has had with its iTunes store recently: Failure to fulfill content promises Steve Jobs makes quite publicly.

Apple made headlines early last year with Steve Jobs’ memo posted to the company’s website calling for an end to DRM (digital rights management, the encryption that stops files from being copied and freely distributed). Shortly thereafter, music label EMI and Apple struck a deal to bring the EMI’s catalog of music to the iTunes store in a DRM-free format, which Apple dubbed “iTunes Plus”. By the time last year’s All Things D conference came around, Jobs stated, “Half of all the songs on iTunes will be available on iTunes Plus by the end of the year.”

The problem? We’re just about 4 month into 2008 and that still hasn’t come close to happening. Of the more than 6 million songs on iTunes, only around 2 million are available in DRM-free form. By comparison, every single track of the 4.5 million on AmazonMP3 is DRM-free. Apple only has the one major label (EMI) with DRM-free tracks; Amazon has all of the majors selling DRM-free music.

Is this all Steve Jobs’ fault? No, the music labels seem perfectly content to hold out on the digital music behemoth. Because iTunes controls around 80 percent of the digital music market, Jobs has been seen as having commanding power over the music industry. In the past, industry execs have asked Apple for new iTunes options such as flexible pricing only to have Jobs refuse. If AmazonMP3 keeps growing, it could be their leverage against Apple. 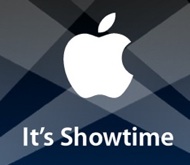 While the failure to meet the goal may not be Jobs’ fault, he still did make the statement. That, combined with his more recent failed promise of 1,000 digital movies available by the end of February for iTunes’ new movie rental store, suggests a problematic trend.

Apple was only able to produce somewhere between 400 and 500 of the promised 1,000 titles. It’s not as if Apple is narrowly missing these goals.

Apple’s customers (I’m a devout one myself) are notoriously loyal. Even after a few lackluster keynotes and a some botched launches (OS X Leopard, the Apple TV and the iPhone SDK were all delayed), the general mood around the company has remained positive. Jobs rewarded the patience with an excellent SDK event last month (our coverage). Apple’s stock is even now finally showing signs of recovering after taking a massive hit at the start of the year.

That said, if Jobs keeps failing to deliver on promises made for his company, at what point do we stop listening? A boy can only cry “wolf” so many times.

[Play the file below for more insight into the title.]
http://www.odeo.com/flash/audio_player_standard_gray.swf