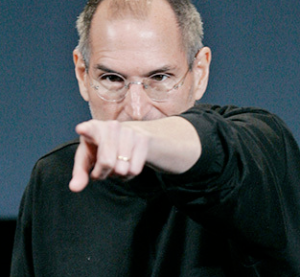 Reports started popping up about an hour ago that Apple chief executive Steve Jobs made an appearance at Disney’s shareholder meeting today. There’s just one tiny problem: He didn’t.

In reality, the only appearance Jobs made was on MarketWatch’s Real Time Headline generator — a few false reports popped up claiming he was at the meeting. This led ZDNet and others (MacRumors said ZDNet confirmed the appearance with Disney, but that appears to be a misread) to run with the story that Jobs was making his first public appearance since beginning his medical leave of absence in January. A new headline now confirms the bad data: “CORRECT: Apple Chairman Steve Jobs not at Disney meeting.”

Not that it’s entirely implausible that Jobs would be at Disney’s meeting. After all, not only is he a board member (re-elected in January, and formally today), but he is Disney’s single largest shareholder. His large stake is a result of Disney buying his Pixar Animation film company in 2006.

But for now, Jobs remains on medical leave. When he left, he stated he expected to be back by the end of June. Some are already speculating that he could make an appearance slightly earlier in the month at Apple’s WWDC event, if the company has some big products to show off — which it may.