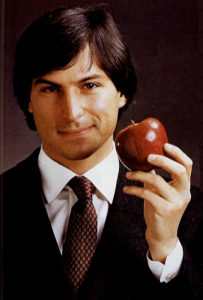 Apple chief executive Steve Jobs is taking a leave of absence from the company to deal with his health issues, a memo sent today from Jobs to Apple employees states. Apple’s chief operating officer Tim Cook will step in to manage Apple’s day-to-day operations until Jobs’ planned return in June.

Jobs did not attend last week’s Macworld Expo — Apple’s last — after posting a note to the public on Apple’s website discussing what he called a “hormonal imbalance” that was causing him to lose weight. There is a lot of speculation out there that this imbalance is a direct result of a larger medical problem — speculation has ranged from a return of the cancer he had a few years ago to diabetes — but while Jobs did not elaborate on what his ailment was, he did acknowledge that it was “more complex” than he had originally thought.

The fact that Cook is stepping in says a lot about Apple’s much talked about “line of succession.” There are several names that get floated around for who would take Jobs place if and when he leaves Apple, and while Apple chose vice president of product marketing Phil Schiller to give the Macworld keynote, it is Cook who will once again fill in to run the company just as he did when Jobs took his last leave of absence to deal have surgery for his cancer in 2004.

Fortune ran a great piece back in November about Cook and why he should be the guy to replace Jobs. It seems reasonable now to assume that is the plan, barring any changes at Apple.

Apple’s stock is taking a beating right now, down almost 10 percent in after-hours trading. Tomorrow could be an interesting day for the stock since on one hand, Jobs health issues can no longer be brushed aside as minor, but on the other, he states he’ll be back in five months and will be involved in the major strategic decisions while he is on leave.

But being out until the end of June means Jobs will almost for sure miss Apple’s next major event: the Apple Worldwide Developers Conference (WWDC), which is traditionally in early June. Could Apple postpone the show to align with a Jobs comeback?

Expect to hear a lot more about this in the coming days.

I am sure all of you saw my letter last week sharing something very personal with the Apple community. Unfortunately, the curiosity over my personal health continues to be a distraction not only for me and my family, but everyone else at Apple as well. In addition, during the past week I have learned that my health-related issues are more complex than I originally thought.

In order to take myself out of the limelight and focus on my health, and to allow everyone at Apple to focus on delivering extraordinary products, I have decided to take a medical leave of absence until the end of June.

I have asked Tim Cook to be responsible for Apple’s day to day operations, and I know he and the rest of the executive management team will do a great job. As CEO, I plan to remain involved in major strategic decisions while I am out. Our board of directors fully supports this plan.

I look forward to seeing all of you this summer.