The Dow Jones Industrial dropped nearly 700 points in the opening minutes of trading today, as global investors continue to see no firm answer from U.S. leaders about how to solve the mess we’re in. Those investors, used to decades of U.S. confidence — confidence that we showed even in the aftermath of 9/11 — are panicked because we’ve so far shown no resolve about what to do now that the bailout package doesn’t appear to have worked as it should. Fear has taken over.

The market did recover its losses briefly after the open, but then turned south again. As I write, it’s in free fall. Just a few minutes ago, the Dow was down 3.7 percent (see image above). Now it’s down more than six percent. This is a wild ride. [Update: The Dow recovered and closed only 1.5 percent down]

At some point, we’ll hit a bottom, when savvy investors kick in and start buying stocks they consider undervalued for the long haul. But there’s just too much uncertainty right now to see where that point is. Over the last year, we’ve lost more than 40 percent of the stock market’s worth (Dow is down more than 41 percent over that period, while the S&P, a wider reflection of the overall market, is down more than 44 percent; the Nasdaq is down more than 43 perent). We’ve lost $10 trillion in market value.

President Bush sought to assure the markets, by saying the bailout package will work but just needs some time. Other economists point to continued problems, such as the wipeout of the multi-billion dollar market for preferred securities and the lack of support for failed bank Lehman Brothers’ counterparty obligations, which has undermined mutual trust between banks and traders. The debt markets thus remain locked.

Two banks, Morgan Stanley and Goldman, are reeling. Shares in Morgan Stanley dropped 24 percent lower early in today’s trading, after dropping nearly 26 percent yesterday. Mitsubishi UFJ Financial is considering an investment in the bank, and investors fear it might fall through. Goldman was down 15 percent.

In another reading, bond trader John Jansen says this is all a “giant systemic margin call and the means to meet the margin call is via sales of liquid assets. So, the wreckage floating in the street results from those sales.” Notably, he says the move by funds into private equity (where money is locked away for years) where there was more “glitz” than offered by the stock market, meant that there were fewer places to get immediate liquidity, leaving U.S. Treasuries as one of the favored places.

This reading is compatible with the series of slides shown by Silicon Valley venture firm Sequoia Capital to its portfolio companies this week. The slides, 56 in all, attempt to explain how forces such as increased productivity and low rates set by the Federal Reserve created a bubble in consumer spending, which set into play other forces that have led to a crack in the wider economy, such as a lowering of advertising growth — and a trickling down to the valley in the form of a “death spiral” for companies that don’t take tough, cost-cutting action. Screenshot of some of those slides below: 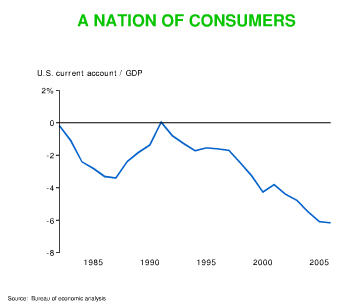 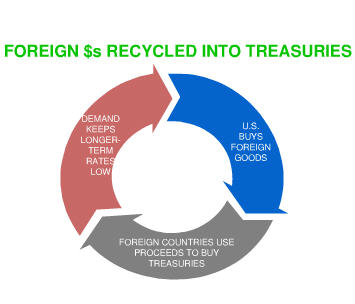 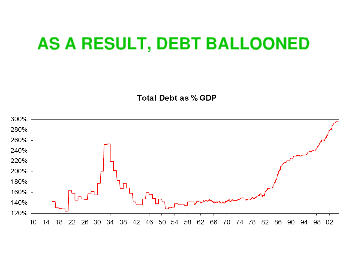 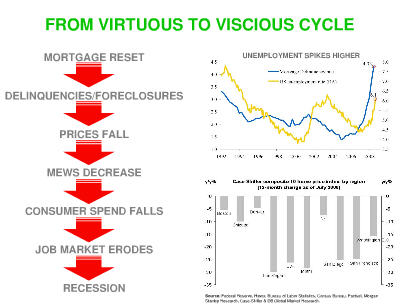 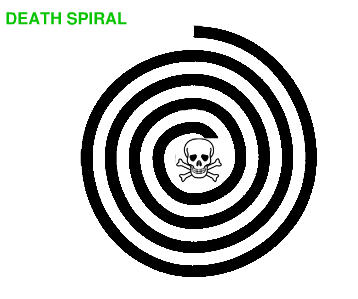