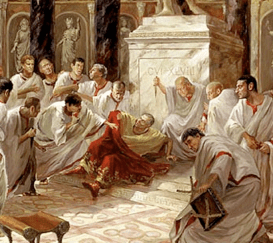 It’s now March, which means it’s been nearly two months since the last Apple event (gasp!), Macworld. And that one was expected to showcase some new Mac hardware, namely new Mac minis and iMacs, but neither showed up at what was Apple’s last appearance at Macworld. The thought was that Apple may simply host its own event soon after to unveil its new products. It didn’t happen in February, but it may happen in March.

Two reports tonight claim that March 24 is the day Apple is eying for its next event. One is from a site with a decent track record for Apple rumors, World of Apple, and the other is from one with a bad record, MyAppleGuide. Both cite anonymous sources, so take this date with a grain of salt.

Aside from iMacs and Mac minis, both of which are due for updates (various other recent reports indicate those are coming), other products that could be refreshed at such an event include the Mac Pros and Apple’s Cinema Displays. There is also talk of a “pleasant surprise,” by MyAppleGuide, but who knows what that means.

It’s definitely worth noting that a March event would take place well before Apple chief executive Steve Jobs’ stated goal of returning to work in June. Jobs has been out on a medical leave of absence since January as he deals with “complex” health issues. At Apple’s shareholder meeting last week, the company’s executives and board members indicated that Jobs is still on track to return to the company, but again, it seems highly unlikely he’d be back for this event if it does happen this month.

Instead, look for Phil Schiller, Apple’s senior vice president of product marketing to lead such an event (again, if there is one), just as he did for Macworld.

If by chance that you are free on March 24, and there is no Apple event, or you’re not interested in it, feel free to check out our GamesBeat conference in San Francisco.