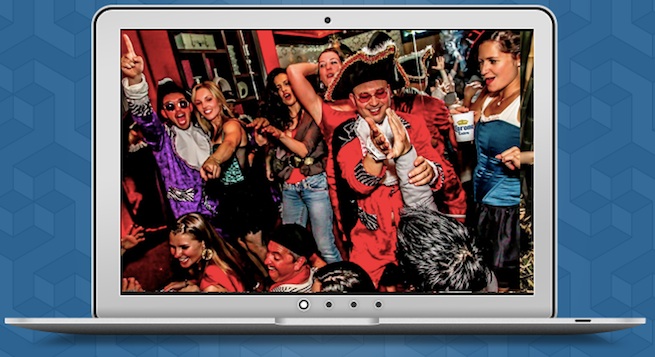 Taploid is a service that attempts to solve the problem of noisy social network feeds, while allowing people to view social activity data to learn more about themselves and their friends. In other words, it wants to be good at both tracking gossip and making it useful.

“Think of The Taploid as Perez Hilton if you were a social media expert with all the time in the world to sort through all your friend’s posts, interpret them, and deliver them back to you,” Taploid founder and former DEMO winner (for Skout) Redgie Snodgrass told VentureBeat. (Disclosure: Snodgrass has been an advisor to VentureBeat’s conferences, including MobileBeat.)

The service already has about 2,500 existing Taploid users and has profiled over 700,000 users from other social services. Right now, the startup has a pretty basic road map for the future, which includes focusing on its launch and growth, with an eye towards mobile usage.

Founded in April 2012, the San Francisco, Calif.-based company has raised an undisclosed amount of funding from BallPark Ventures, Steve Penkhurt, Tom Warren, Alex Neth, and Matthew N. Taploid has seven employees in both San Francisco and London. The startup is currently in the process of closing off a convertible note, and is seeking to raise a Series A funding round in November.

Millions of dollars in funding for an app that’s basically just gossip?

“I don’t know if you need it to be more than gossip,” said Flite CEO Will Price in an onstage review of the startup at DEMO. “Gossip is a huge business. I thought [Taploid] was very clever … Like a flipboard for gossip.”

“What’s not to love?” quipped Andreessen Horowitz partner Frank Chen. “It’s Hot Or Not for the Facebook generation.”

Yeah, these guys will be getting that Series A locked down in no time.

Taploid is one of over 75 companies chosen by VentureBeat to launch at the DEMO Fall 2012 event taking place this week in Silicon Valley. After we make our selections, the chosen companies pay a fee to present. Our coverage of them remains objective.